For Many Injured Veterans, A Lifetime of Consequences

One out of every ten veterans alive today was seriously injured at some point while serving in the military, and three-quarters of those injuries occurred in combat. For many of these 2.2 million wounded warriors, the physical and emotional consequences of their wounds have endured long after they left the military, according to a Pew research Center survey of a nationally representative sample of 1,853 veterans conducted from July 18 to Sept. 4, 2011.

Veterans who suffered major service-related injuries are more than twice as likely as their more fortunate comrades to say they had difficulties readjusting to civilian life. They are almost three times as likely as other veterans to report they have suffered from post-traumatic stress (PTS). And they are less likely in later life to be in overall good health or to hold full-time jobs. 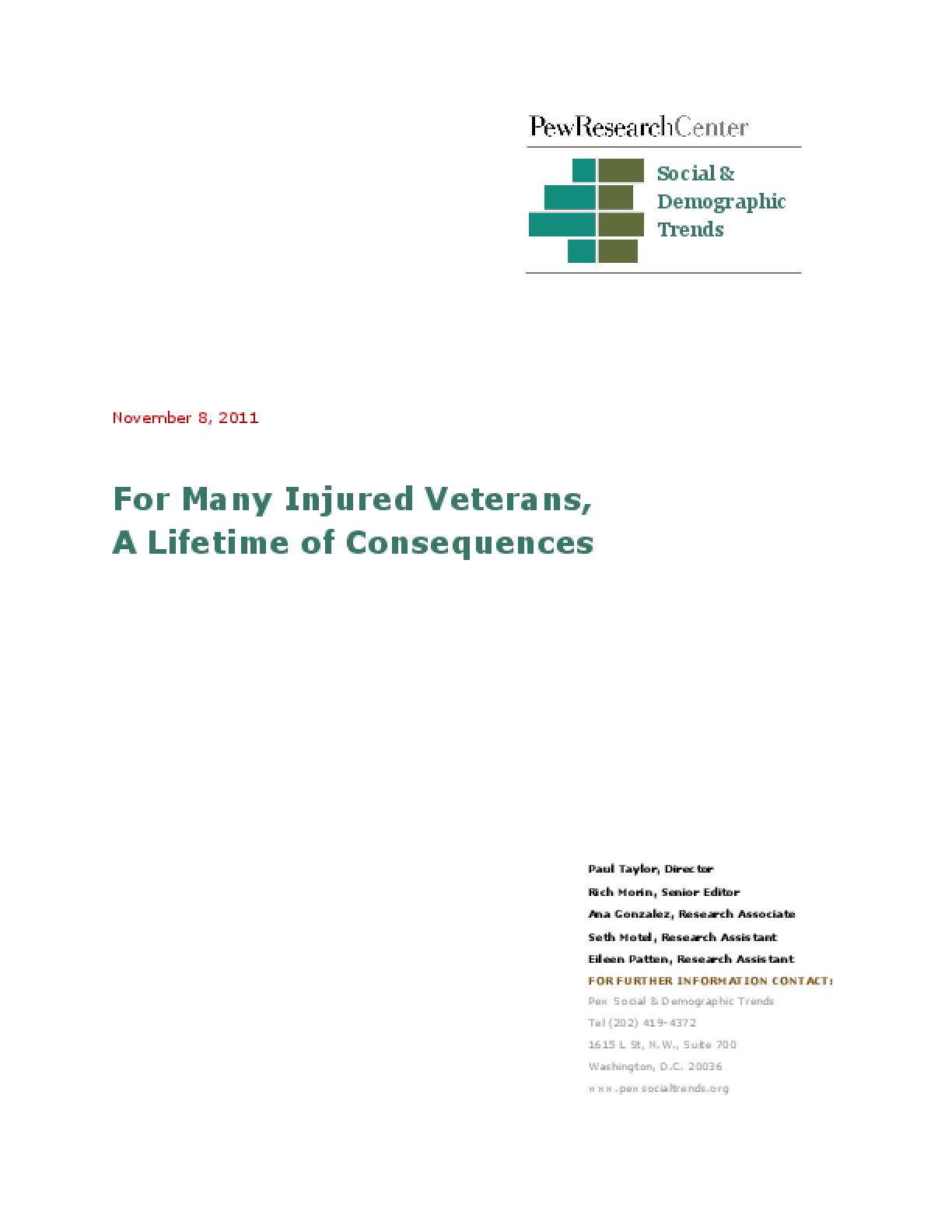