The Rockefeller Archive Centre (RAC) is a very rich source of information on the history of family planning and population control in Fiji in the 1960s and early 1970s. The RAC holds files relating to a multitude of organisations great and small that looked to Rockefeller-funded organisations such as the Population Council for advice and/or financial support. Therefore, it is a great resource for analysing the work of voluntary associations, such as the Fiji Family Planning Association (FFPA), which do not always have their own centralised archive, and provide information on discussions beyond the official publications of intergovernmental development organisations such as the South Pacific Commission (SPC). Through these files, it was possible to trace the evolution of the debate around the promotion of family planning in Fiji. In the 1950s, colonial officials in Fiji were preoccupied with demographic disparities between the two largest ethnic groups in Fiji – Fijians and Indo-Fijians. The Population Council files consulted demonstrate that in the 1960s and early 1970s the rationale for introducing family planning in Fiji changed to addressing total population in line with international ideas of demographic transition theory and the need for global population control, although this did not lead to a total departure from colonial thinking. Beyond the files on family planning, the RAC also holds information on other maternal and child health programmes that further demonstrate the uneasy interface between colonial and international health after the Second World War. 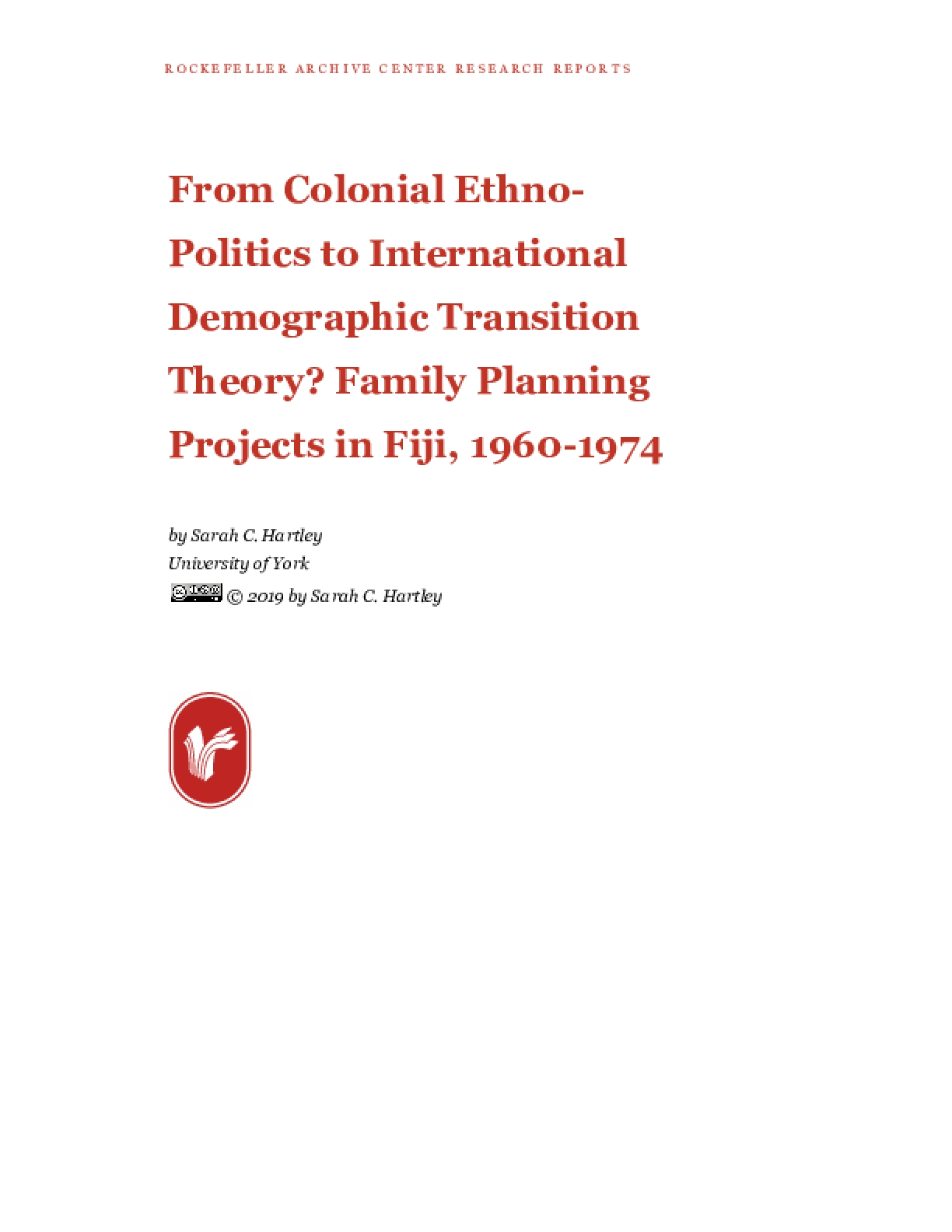