Three out of four households in Puerto Rico (74.9 percent) report making charitable donations in 2014, a high rate of giving, especially compared to similar data in the U.S. which shows 55.8 percent of mainland U.S. households giving to charity in 2013.

This finding comes from the first study of its kind to examine charitable giving patterns, priorities, and attitudes of Puerto Rican households. Giving in Puerto Rico is the result of a collaboration among Flamboyan Foundation (Flamboyan), the Indiana University Lilly Family School of Philanthropy, and Kinesis Foundation. The publication was presented Wednesday at the Puerto Rico Convention Center to a select group of nonprofit organization leaders, donors, corporate executives, academics, and other individuals committed to philanthropy.

"The findings offer the first scientific base for giving in Puerto Rican households. It confirms what we already know, that we in Puerto Rico are very generous. Giving in Puerto Rico also provides an understanding of giving so we can start thinking about being more effective as philanthropists during this time of great need," said Guiomar García Guerra, Ph.D., executive director of Flamboyan.

Flamboyan commissioned the research project to establish baseline information about giving in Puerto Rico that can be benchmarked against data from the mainland U.S., such as from the Philanthropy Panel Study and the U.S. Trust Study of High Net Worth Philanthropy.

"Now that we have comparative data prepared by experts in the field, as nonprofit leaders we can promote Puerto Rico's needs in philanthropic circles in the U.S. and internationally," stated Kristin Ehrgood, co-founder and President of the Board of Flamboyan.

Una Osili, Ph.D., director of research for the Lilly Family School of Philanthropy, noted, "We see an opportunity in Puerto Rico to increase formal giving, since a large part of donations are informal in nature, such as helping a stranger, a neighbor, a friend or relative."

A large percentage of survey respondents indicated they had limited knowledge about philanthropy and nonprofits. This contrasts with the finding that the more people know about philanthropy, the higher the average amount of money they tend to donate.

The survey also asked what respondents considered the most important issues in society today. Vadim Nikitine, co-founder of Flamboyan and current board member, said, "This study shows a gap between what households identify as pressing issues, and the areas they actually donate to. Our goal is to spur a broad discussion that provokes each and every one of us to question to what we contribute, how we do it and how we can increase our impact." 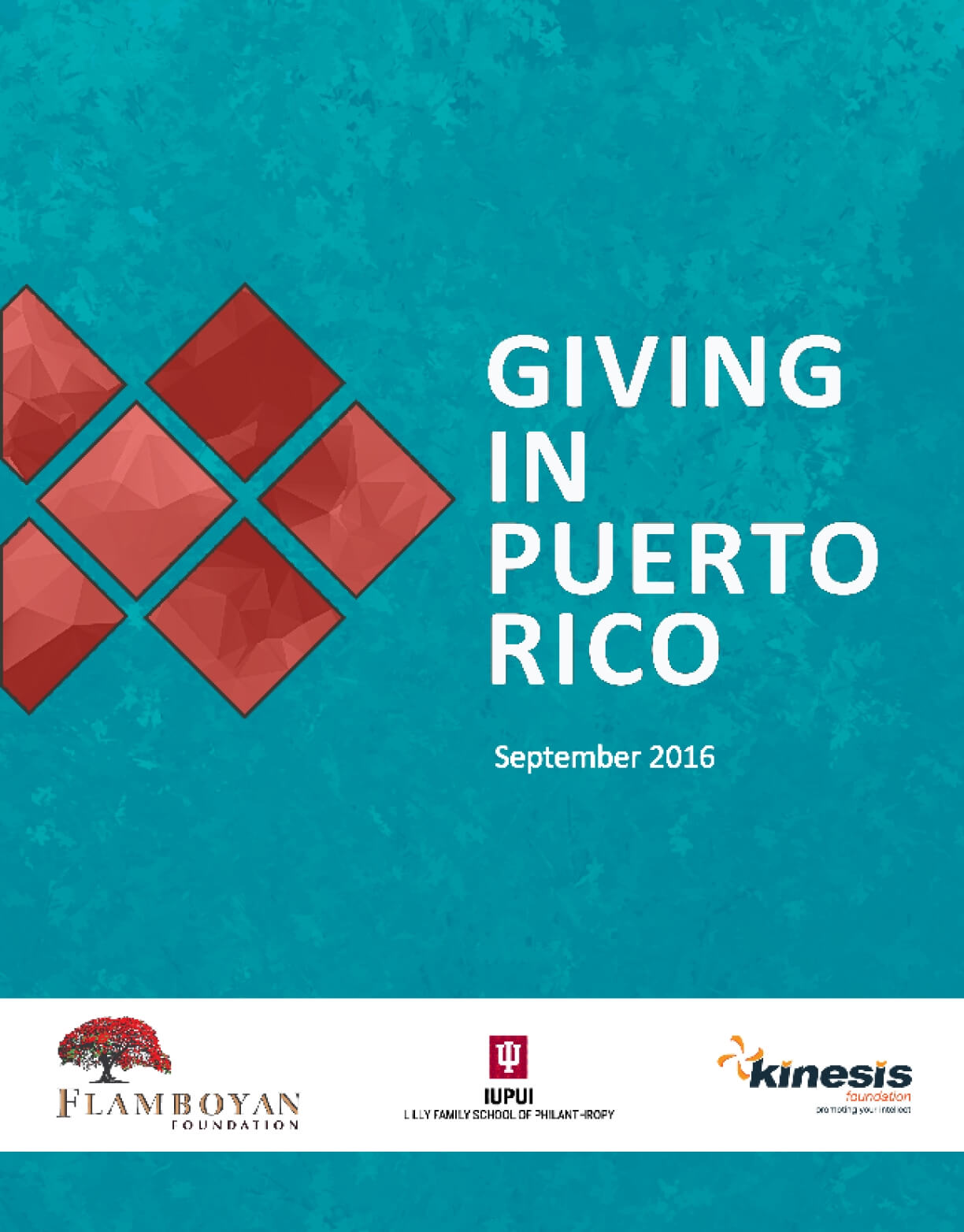