Ohioans spend a large amount of money on energy. In 2010, we spent $45 billion, nearly 10 percent of our state's gross domestic product. Nearly half of those energy dollars (or more than $20 billion) was spent to fuel cars, trucks, and buses, and nearly all of which left the state or country in order to import oil. Ohio can reduce its dependence on imported oil by promoting electric vehicles (EVs) and buses, as well as passenger and freight rail. 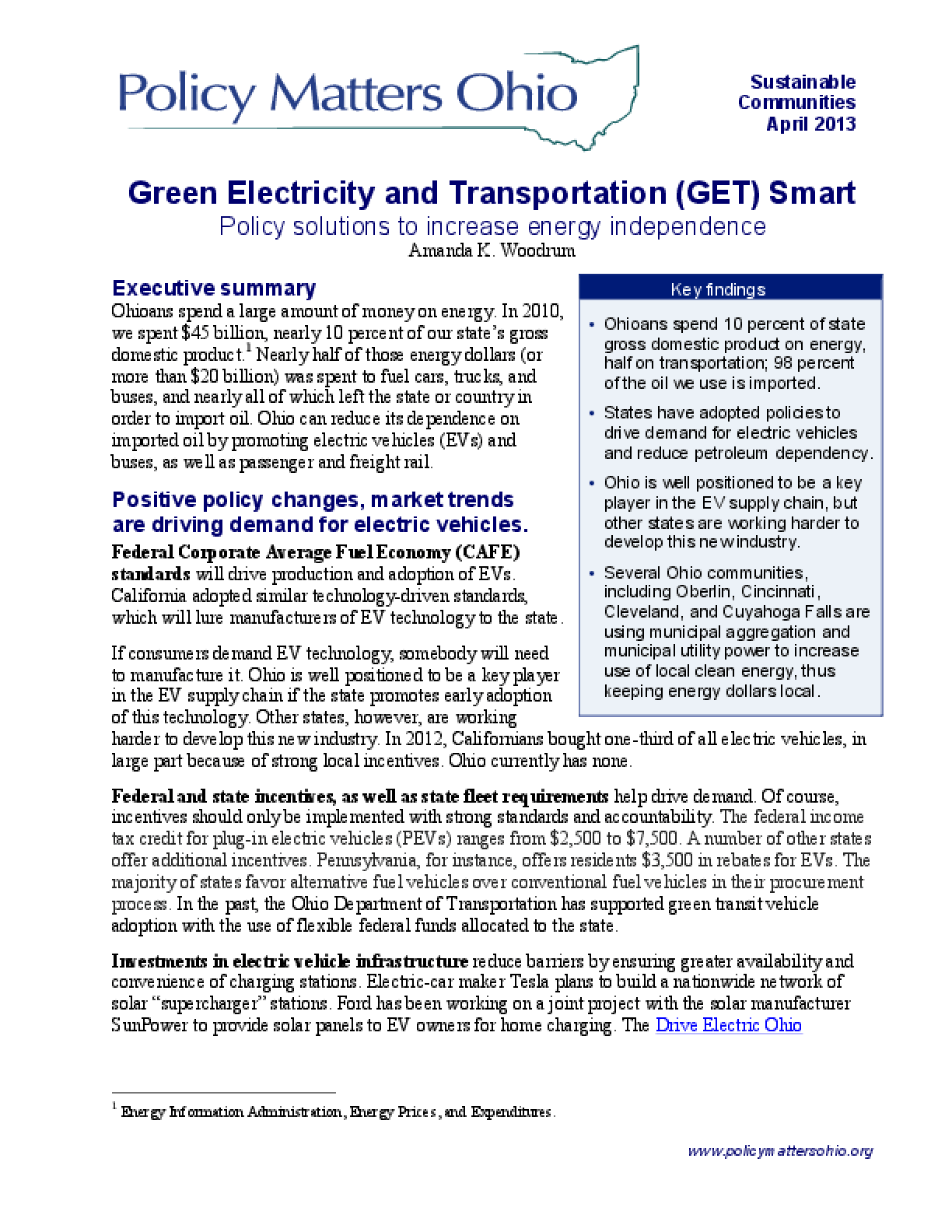