Nearly half of Chicago adults (48%) and 40% of adults living in Chicago's suburbs report that they spend more than 30% of their income on housing--far more than the 31% of all U.S. adults who report paying such a high percentage of their income for housing. MacArthur's 2016 How Housing Matters Survey, which offers both national and Chicago-area data this year, reveals the prolonged housing affordability crisis has had a profound impact, with city residents, expressing worry at higher rates that "the worst is yet to come." Despite pessimism and insecurity about housing affordability, Chicago residents believe the situation is solvable: 70% of city residents think a great deal or fair amount can be done. For the situation to improve, they feel that it is very important (70%) for elected leaders in Washington, DC to address the problem of housing affordability. In addition to 1,200 adults interviewed across the nation between April 28 and May 10, Hart Research Associates also interviewed 303 adults in the City of Chicago and 300 adults in the Chicago suburbs. Findings from this representative sample of 603 Chicago Metro Area adults include: City residents, and African Americans across the Chicago metro region, are especially skeptical that the housing crisis is over. 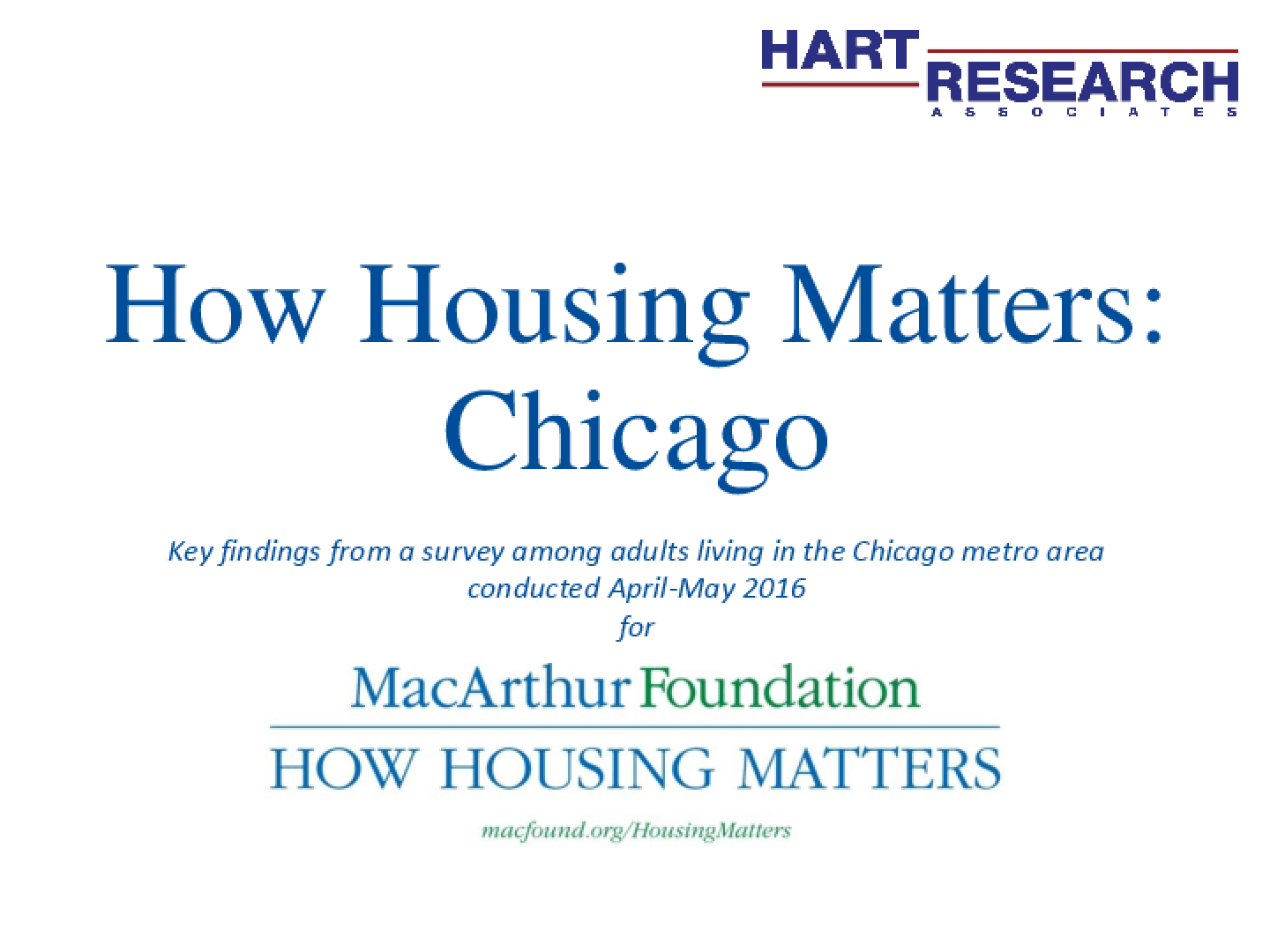