In the United States, an estimated 154 million dogs and cats (the most common companion animals) live in 60% of U.S. households. The profile of owners' demographics varies by country, but in the U.S. pet owners are more likely to be women, Generation Xers, and Baby Boomers. In some countries, companion animals are considered a "luxury," and majorities of people in almost all surveys say they relate to their pets as members of the family. 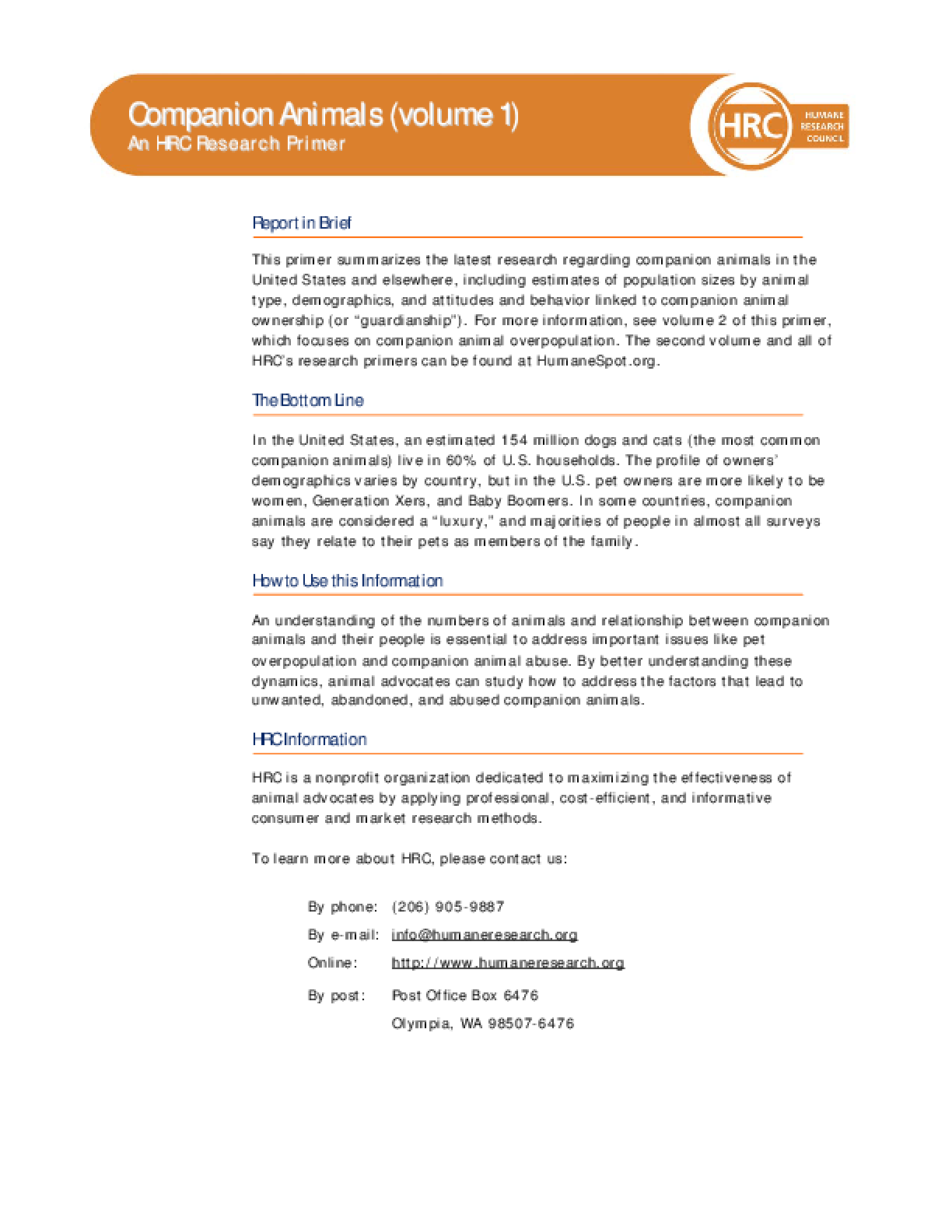