This report focuses how immigrants have helped offset native-born population loss and revitalized an aging workforce by examining 46 Midwestern metro areas as a refresh of a similar study published by the Chicago Council on Global Affairs in 2014. Metro areas are a useful barometer by which to measure the impact of immigration because the economies of central cities and their suburbs are tightly connected and because large immigrant communities are found in both central cities and suburbs of metro areas. Also, the extent to which immigration matters to metro-area economies heightens the importance of immigration as an issue and raises the stakes for immigration reform. 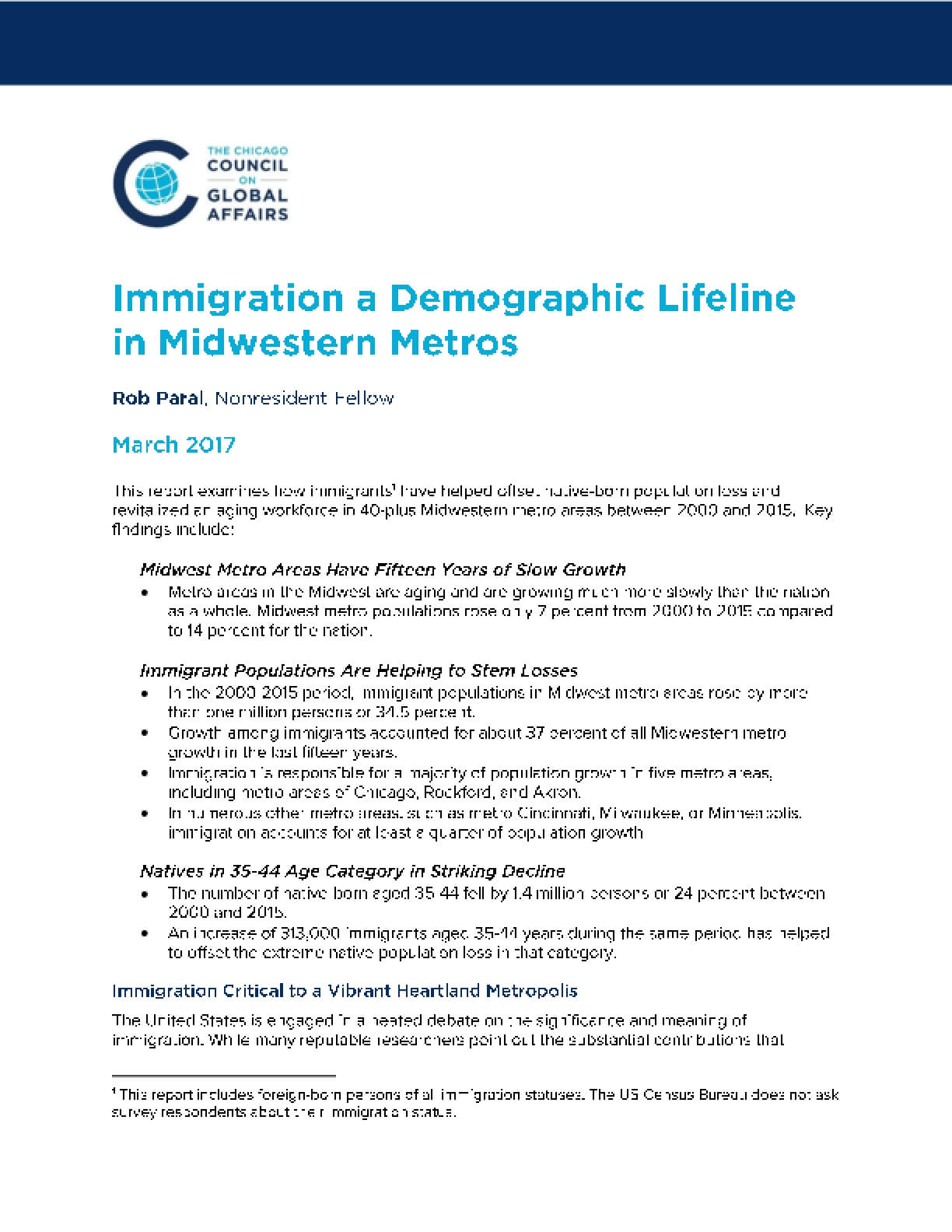