The reality is that most development involves politics in some way. Sometimes development projects engage in bureaucratic or small-scale politics, such as deciding where to place a village well -- near the chief 's home, where he has kindly donated land but could then control use, or near the poorer people of the village. This is not the level of politics under discussion. Instead, this report is concerned with larger-scale political and policy engagement. It applies to the subset of the development world that is engaged in democratization, a community that it has long been clear is involved in politics. But it also has a broader ambit. The development community has more recently become involved in governance, anticorruption, transparency, and rule of law programs. These efforts universally affect laws and policies, and nearly all face opposition -- and thus all are political. Finally, many, perhaps most, large-scale socioeconomic development programs also require political engagement. Politics is the process of making decisions about the rules that govern a society and the use of public resources. These decisions are never purely technical. Even if the end goal is not to affect a regime or a political party -- but simply to build a road, help girls get education, or reduce child mortality -- interventions that affect how public resources are produced, who gets those resources, who makes allocation decisions, and what rules govern relations between those who make decisions and those who don't are all political interventions. This report concerns program design and evaluation for all three types of engagement: in other words, most of development work. As the fight over the 2015 Millennium Development Goals illustrates, the decisions that funding agencies make about what to measure can determine their activities and their program designs. It's important to measure the right things in order to incentivize programming that works. 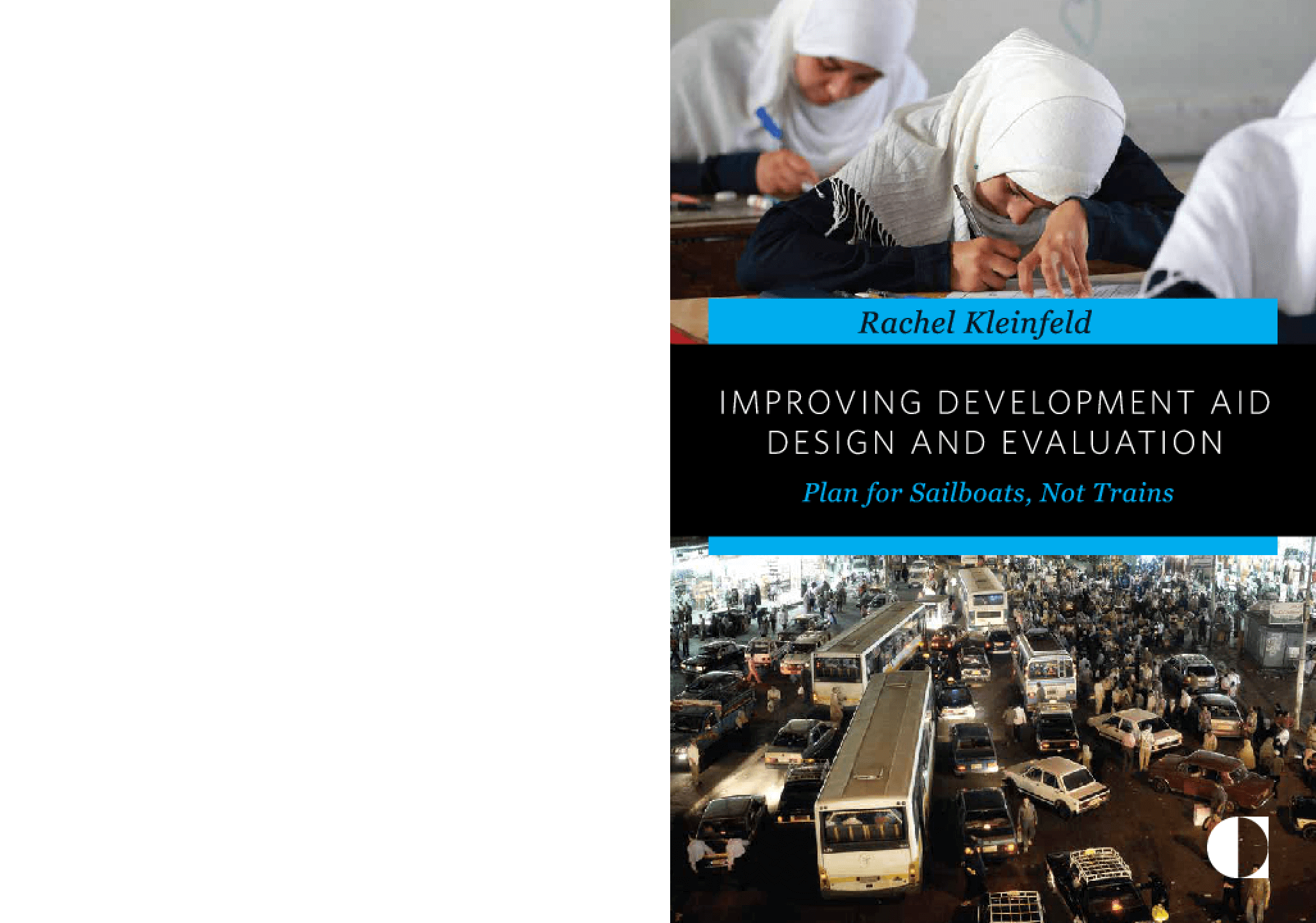