Young males of color constitute a disproportionately high percentage of our nation's non-high school graduate population. Data from the U.S. Census Bureau's American Community Survey show that in 2012, 7% of all U.S. 16- to 24-year-olds were not enrolled in school and had not earned a high school diploma or equivalency credential. That same year, for the same age group, this rate (called the status dropout rate) was 10.9% for Black males, 15.0% for Hispanic males, and 14.8% for American Indian/ Alaska Native males. For each of these ethnicities, the status dropout rate for females was significantly lower (U.S. Department of Education, National Center for Education Statistics, 2014, Table 219.80). The U.S. Census Bureau data also show a positive correlation between the incidence of young dropouts and levels of family poverty. 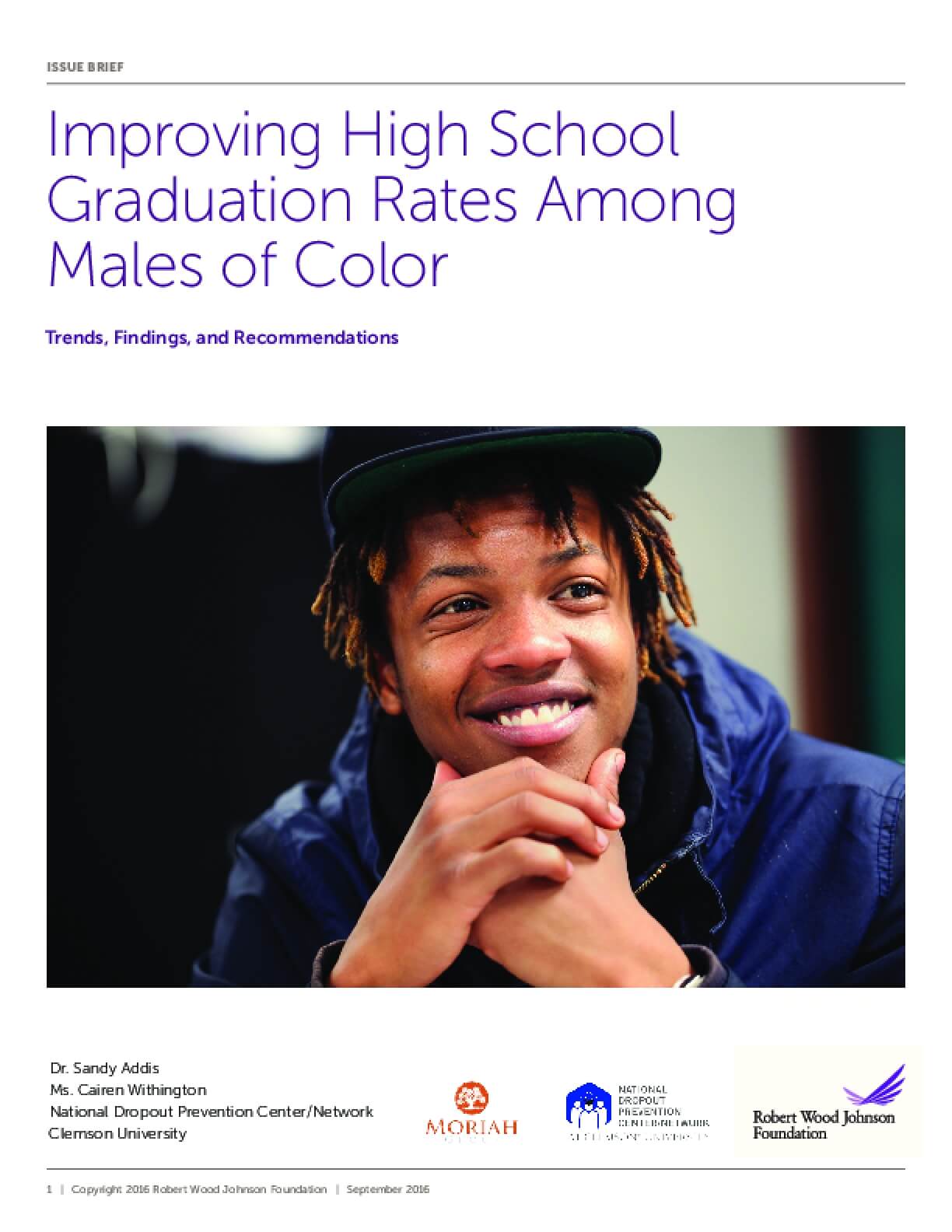