Inside the Transition Bubble: International Expert Assistance in Tunisia

Following the January 2011 revolt against President Zine el-Abidine Ben Ali,Tunisia had its first exposure to the vast complex of international expert assistance for transitions. It was a new experience as well for international actors, many of whom had turned a blind eye or been denied full access to the country and were thus unfamiliar with its aspirations.

More than two years into Tunisia's transition, results have been mixed: growing ambivalence and confusion about roles and responsibilities prevail. Yet internationals can take simple measures to implement their activities more effectively, and nationals can become more directive in the relationship. This would put the transition on a better track, and help inspire more effective international engagement to replace the haphazard dynamics that persist in transitioning countries within and beyond the Arab world.

Internationals were immediately interested when Tunisia suddenly opened. They also had ample reason to respond in a way that reflected their own lessons learned -- from Central America, Central and Eastern Europe, the Balkans and Southern Africa in the 1990s, to West Africa, South East Asia, Iraq and Afghanistan in the 2000s. But providing well-structured, organised expertise has proven difficult -- and in ways all too familiar.

IFIT studied Tunisia's experience with media, security sector and judicial reforms and youth employment. These are readily recognisable policy sectors that both nationals and internationals identified as priorities early in the country's transition. Developing a clear picture of dynamics within these sectors was nevertheless difficult, since international assistance efforts in each one overlapped with the broader fields of democracy, development, and rule of law. Yet the reported net effect was consistent: most Tunisians find the international influx confusing and, at times, overwhelming.

This report contains information about general assistance given as well as specifically in the areas of media reform, security sector reform, judicial reform, and youth employment. 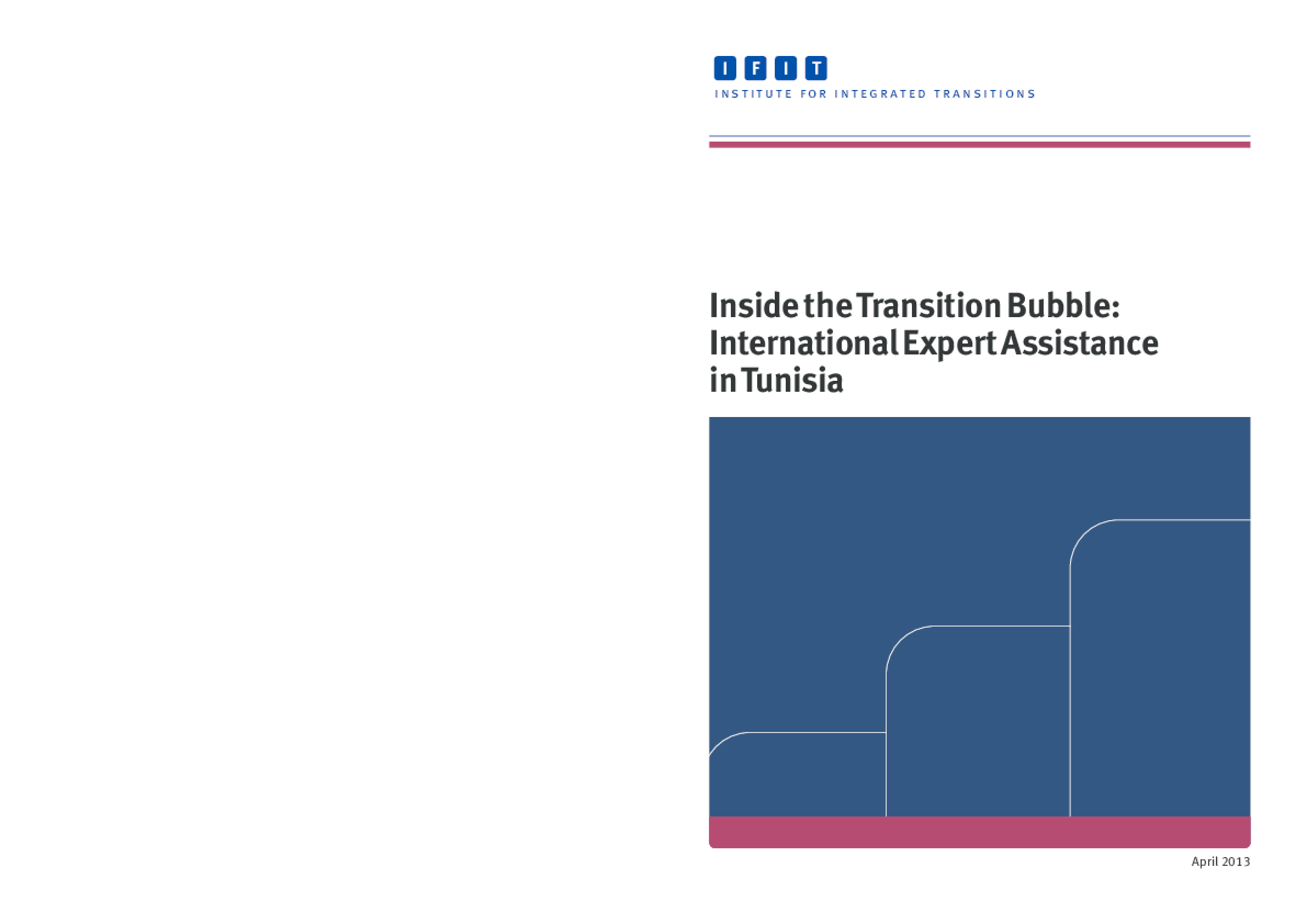