This study measures the creative industries and workers of Chicago and eight peer cities. It is meant to provide an objective benchmark for Chicago as it undertakes the goals articulated in the Chicago Cultural Plan 2012 of attracting and retaining creative professionals and measuring the size and strength of the cultural sector. Quick facts: 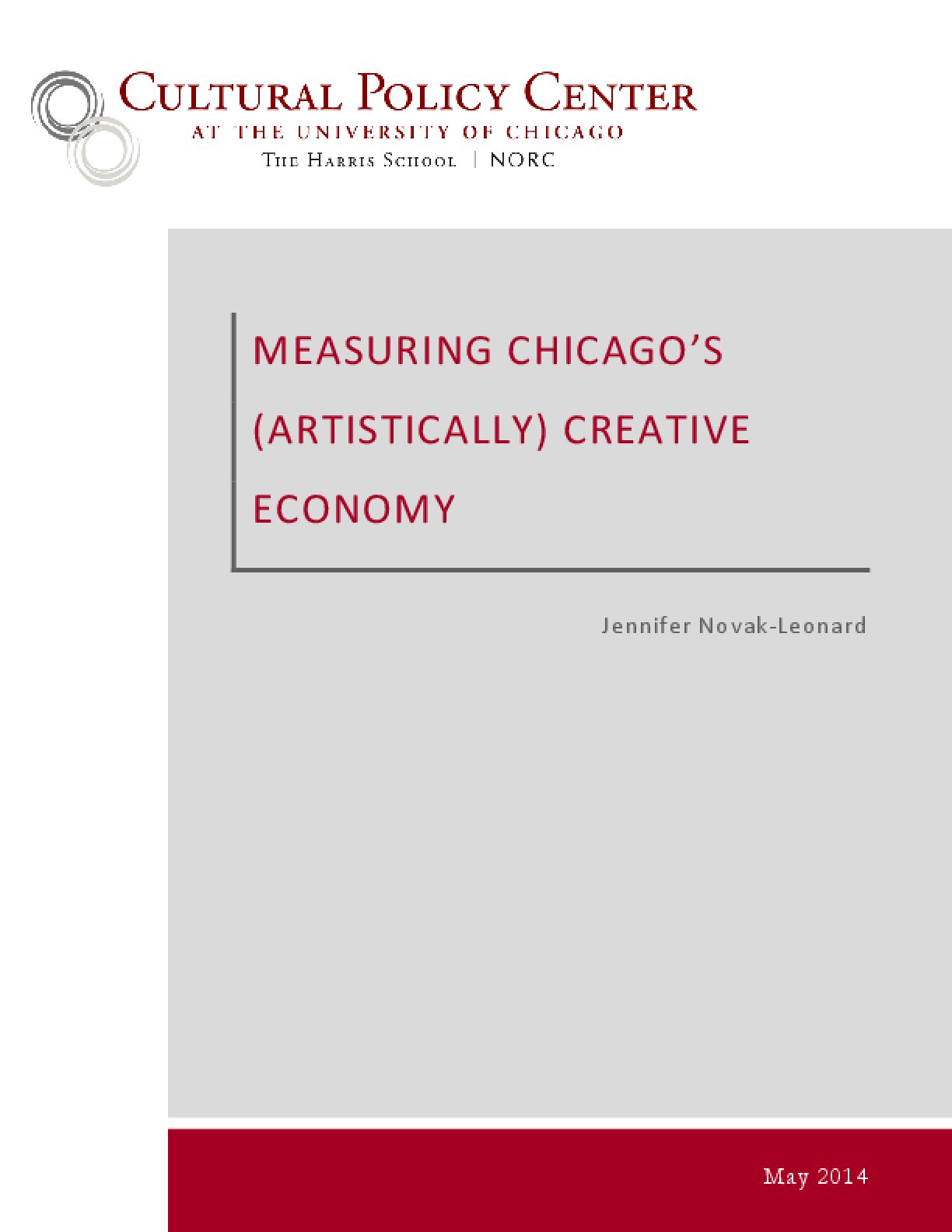