This report discusses the current humanitarian situation in Nepal. Three months after the two major earthquakes affected 2.8 million Nepalese lives, 1.1 million children are still in need of vital humanitarian assistance. Three months after the devastating earthquakes of 25 April and 12 May which struck Nepal, the overall humanitarian situation has improved. The frequency of aftershocks has decreased and several countries have lifted their travel restrictions to Nepal. On 22 June, the Government of Nepal also declared an end to the emergency phase and a shift from humanitarian response to recovery. These recovery and reconstruction efforts are guided by the findings of the Government-led Post Disaster Needs Assessment (PDNA) and supported by the International Conference on Nepal's Reconstruction on 25 June where the international community pledged two-thirds ($4.4 billion) of the $6.7 billion appeal by the Government. The total financial losses from the earthquakes is estimated as $7.06 billion according to the PDNA findings.

Despite these advancements, over 5.2 million people live in the 31 districts that have been affected out of which 2.8 million people who live in the 14 most affected districts are still in need of vital humanitarian assistance1. Of this population, an estimated 1.1 million (40 percent) are children. Shelter, food and livelihood support, medical care, sanitation and hygiene, education, nutrition supplements and protection remain as key humanitarian needs. As of mid-July, the number of casualties reached 8,8972 people of which 30 per cent are children3, and 22,310 people have been injured.

The situation is projected to worsen with the impact from the monsoon which began mid-June. The heavy monsoon rains will add complexities to the existing needs and to the already challenging logistical access to remote districts, potentially delaying the post-earthquake recovery process. Indeed an estimated 90 per cent of the earthquake-affected population is living in areas which are at high risk of landslides and floods. Over 5,600 landslides were observed after the 25 April earthquake, which is much higher than the total number of landslides reported in the past five years combined. 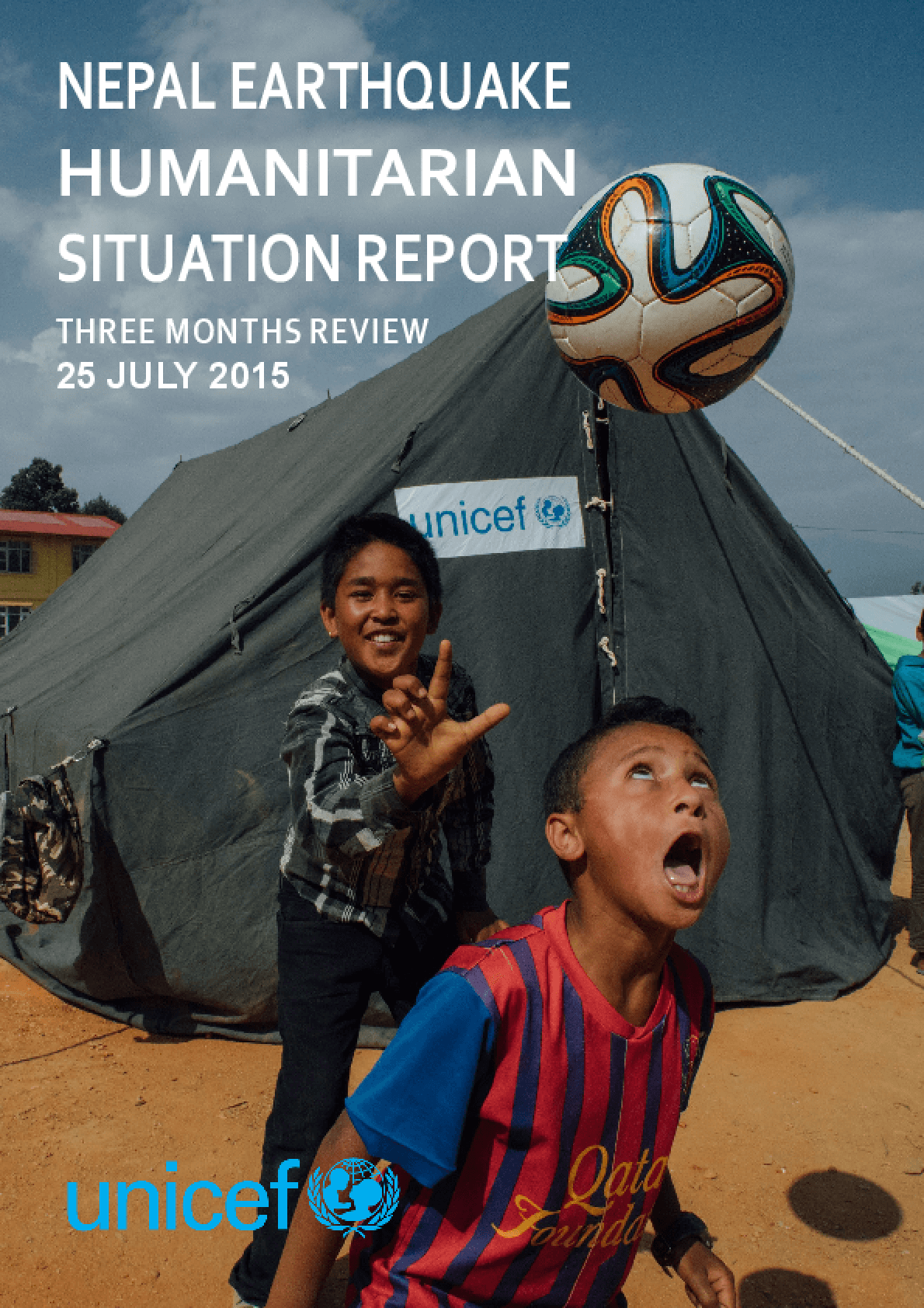