Long before Cyclone Sidr struck the southern coastal areas of Bangladesh on 15 November 2007, many important life-saving actions had been carried out. Thanks to early warning systems and disaster preparedness measures, up to 3,000,000 people had already evacuated low-lying coastal areas, many finding refuge in anti-cyclone shelters. Local government officials and non-governmental organisations (NGOs) quickly moved contingency stocks of relief items into areas expecting to be affected. 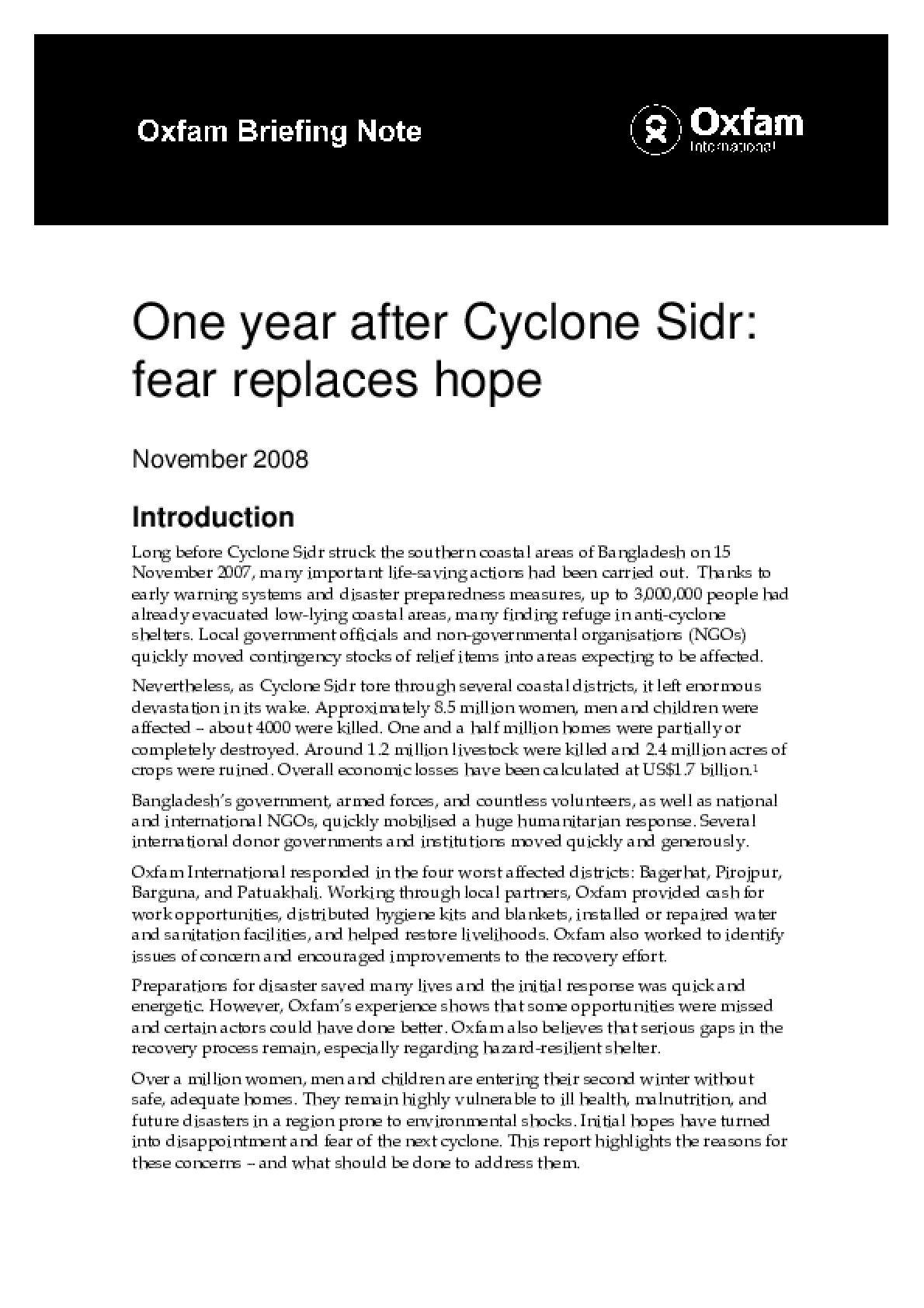