This report stems from the discussions held under Migration Learning Community (MLC) initiative that took place in September 2006. Sponsored by The Atlantic Philanthropies, this project brought together immigrant community activists, foundations and other policy practitioners in a European tour that took place in Brussels, Berlin and London. The tour consisted of a range of roundtables, political briefings and a number of site visits across the three cities. 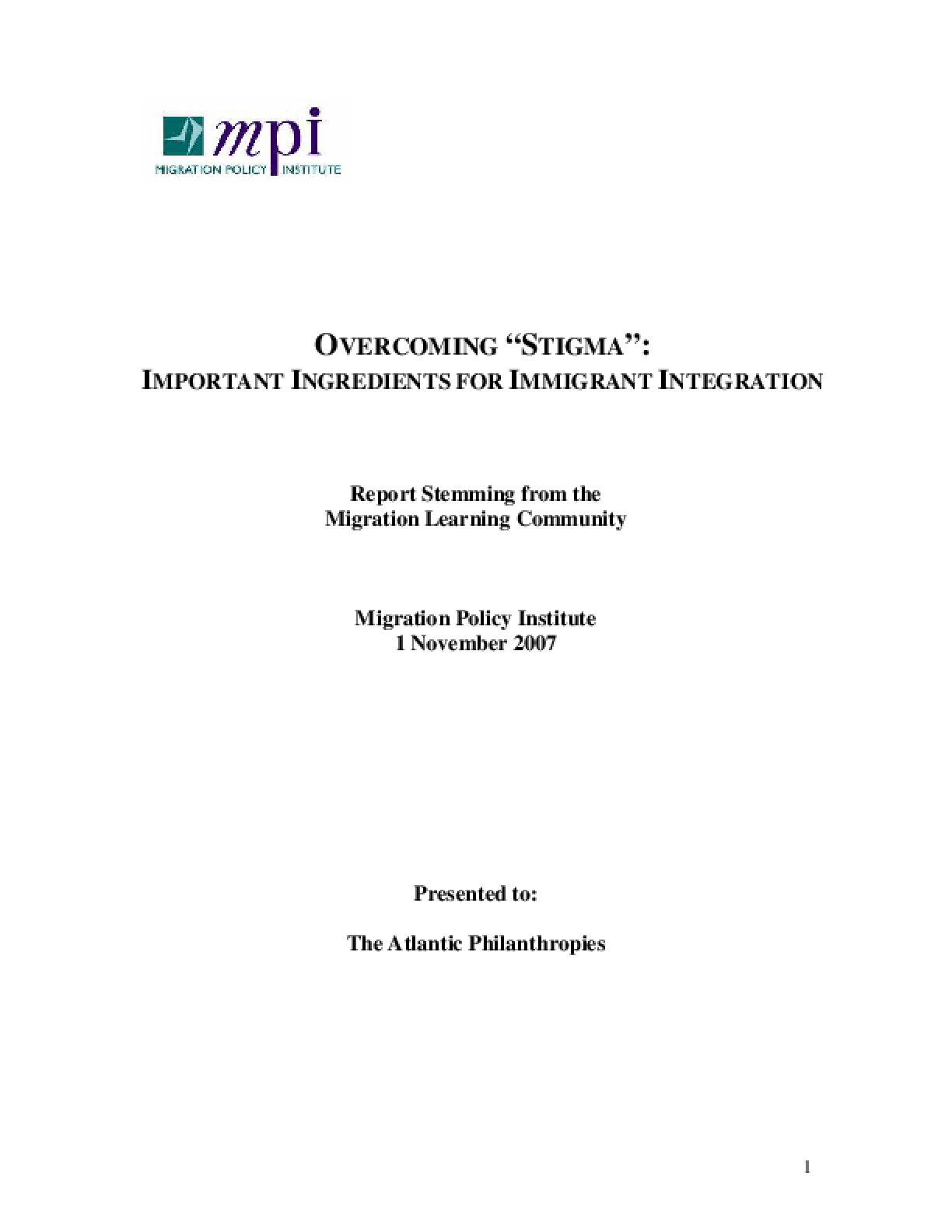