Past Due: Examining the Costs and Consequences of Charging for Justice in New Orleans

In 2015, government agencies in New Orleans collected $4.5 million in the form of bail, fines and fees from people involved in the criminal justice system and, by extension, from their families. Another $4.7 million was transferred from the pockets of residents to for-profit bail bond agents. These costs have become the subject of considerable public attention. Because many "users" of the system have very low incomes or none at all, there is growing concern that charging for justice amounts to criminalizing poverty, especially when people who can't pay become further entangled in the justice system. In 2015, the city spent $6.4 million to incarcerate people who couldn't pay bail or conviction fines and fees. By focusing on bail decisions and fines and fees assessed at conviction, Past Due, and its accompanying technical report, reveals the costs and other consequences of a system that tries to extract money from low-income people and then jails them when they can't pay. 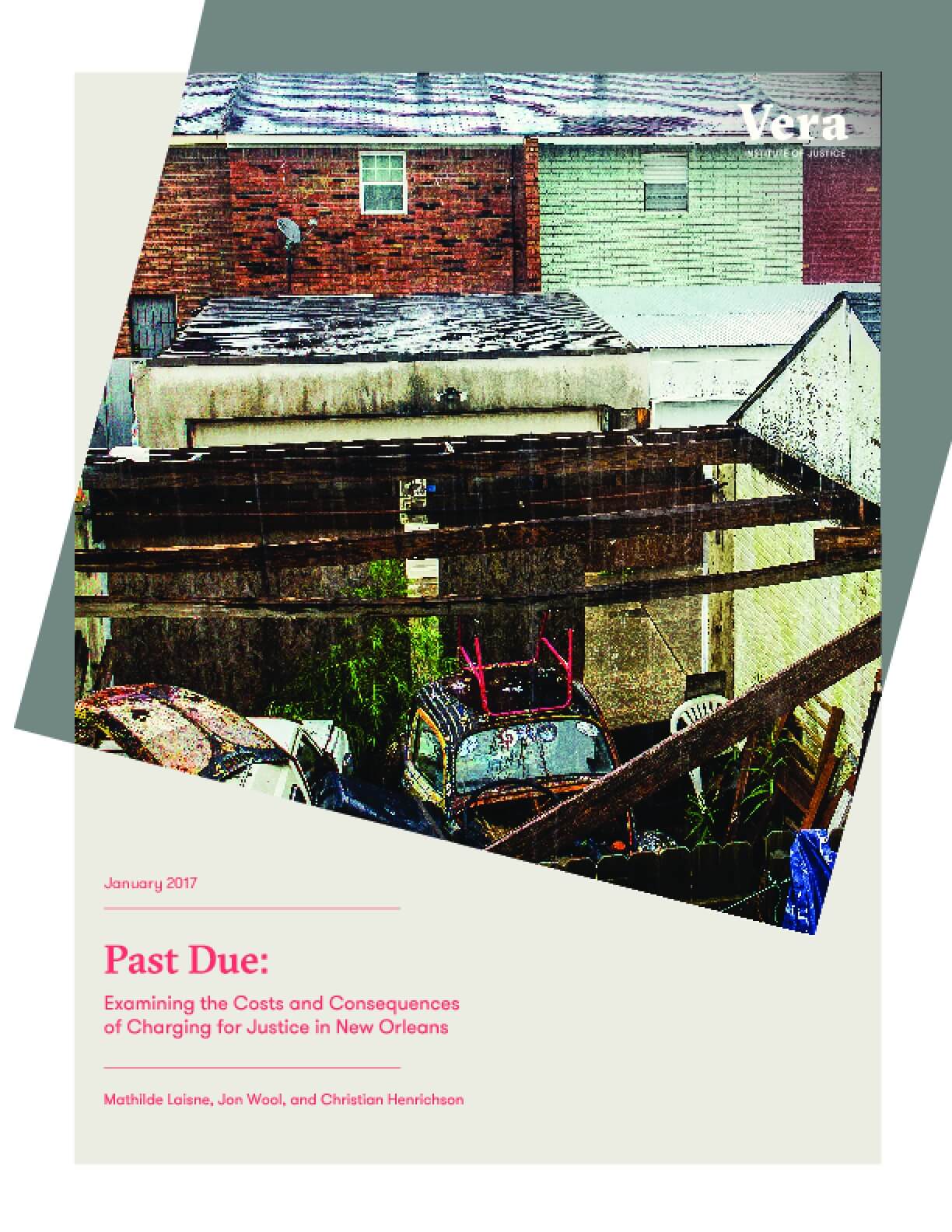