Pathways to Success: The Need for Accessible, Appropriate Trainings for Retail Workers

There are over 16 million retail workers in the United States, with "retail salesperson" being the most common occupation in the nation. New York City, an international center of business and commerce, has almost 350,000 retail workers across large chains and smaller stores. A previous study by the Retail Action Project has shown marked occupational segregation and inequities across race and gender lines in the retail sector. The lowest paying jobs are occupied disproportionately by women and people of color, with White men in the higher paying and managerial roles. Career advancement is also inequitable: the same report found that Black and Latino workers were less likely than White workers to be offered a promotion.

The Center for Frontline Retail (CFR) provides workers with the tools and knowledge necessary for industry advancement to higher paying retail positions with full-time schedules, while developing workers' labor consciousness and leadership skills through political and popular education. CFR's career development services broaden workers' knowledge of retail career pathways and advance workers toward economic self-sufficiency. CFR's trainings offer retail workers and job seekers a sector-specific curriculum with certifications that they can add to their resume and aid them in applying to new positions.

Over the past two years, CFR identified training and career advancement as an unmet need for retail workers in New York City. CFR staff and members talked to hundreds of New York City retail workers through one-on-one conversations, trainings and events. These workers repeatedly reported that they needed but did not have access to quality training or other professional development opportunities. This prompted CFR to partner with the Community Development Project at the Urban Justice Center (CDP) on a participatory research project, collecting 292 surveys, holding three focus groups, and conducting a literature review in order to explore the training and advancement barriers and opportunities for workers.

Our research shows that while career ladders exist in retail, workers have trouble climbing those ladders and are expected to take on additional responsibilities without a change in title, pay or additional training. Expanding access to quality training is a key mechanism to increase longevity, de-segregate the workforce, and build a career ladder for retail workers. 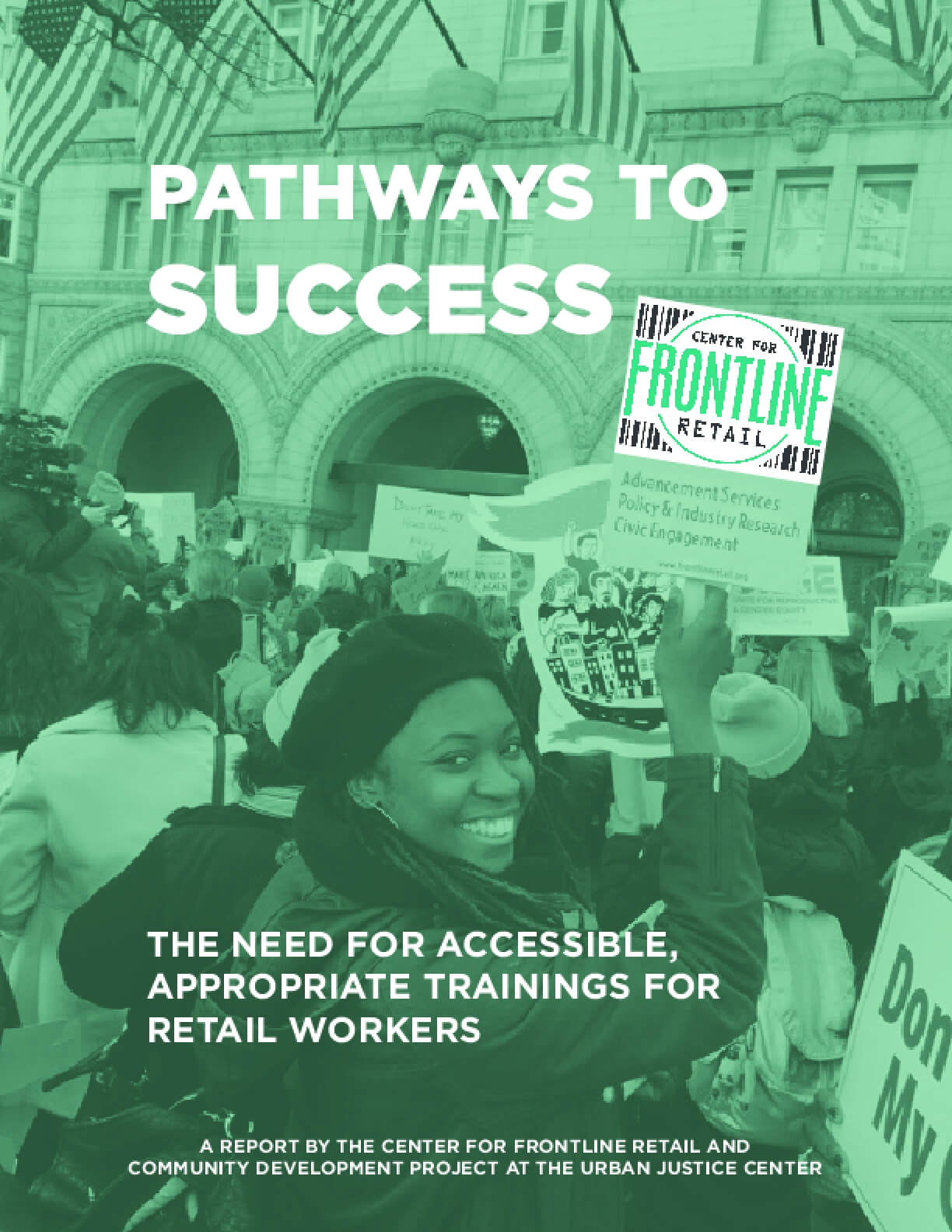