Paying an Unfair Price: The Financial Penalty for Being LGBT in America

LGBT Americans have the same worries as other Americans when it comes to paying for healthcare and other needs, finding good jobs, and saving for the future. But the LGBT population -- which includes parents, workers, retirees, people of color, and people with disabilities -- faces another set of challenges that can result in increased economic hardship.

Anti-LGBT laws -- at the federal, state, and local levels -- have the emotional impact of telling LGBT people that they matter less than others, that their families and their health are not as important, and that their contributions at work are less valued. But these outdated and discriminatory laws also have serious economic impacts, causing LGBT people to have a harder time becoming financially secure and providing for their families. In some cases, the legal inequality experienced by LGBT people results in lower incomes -- for example, due to employment discrimination or the denial of family tax credits. This makes it harder for LGBT Americans to save for the future or cover basic necessities like rent, food, and clothing. In other cases, these same legal inequalities burden LGBT people with higher costs for needs like housing, healthcare, health insurance, and education.

This report describes how LGBT Americans pay an unfair price for being LGBT, and how anti-LGBT laws cause the most harm to the most vulnerable LGBT communities. The report also includes recommendations that would help end the unfair financial penalties that LGBT people in this country face simply because of who they are or whom they love. 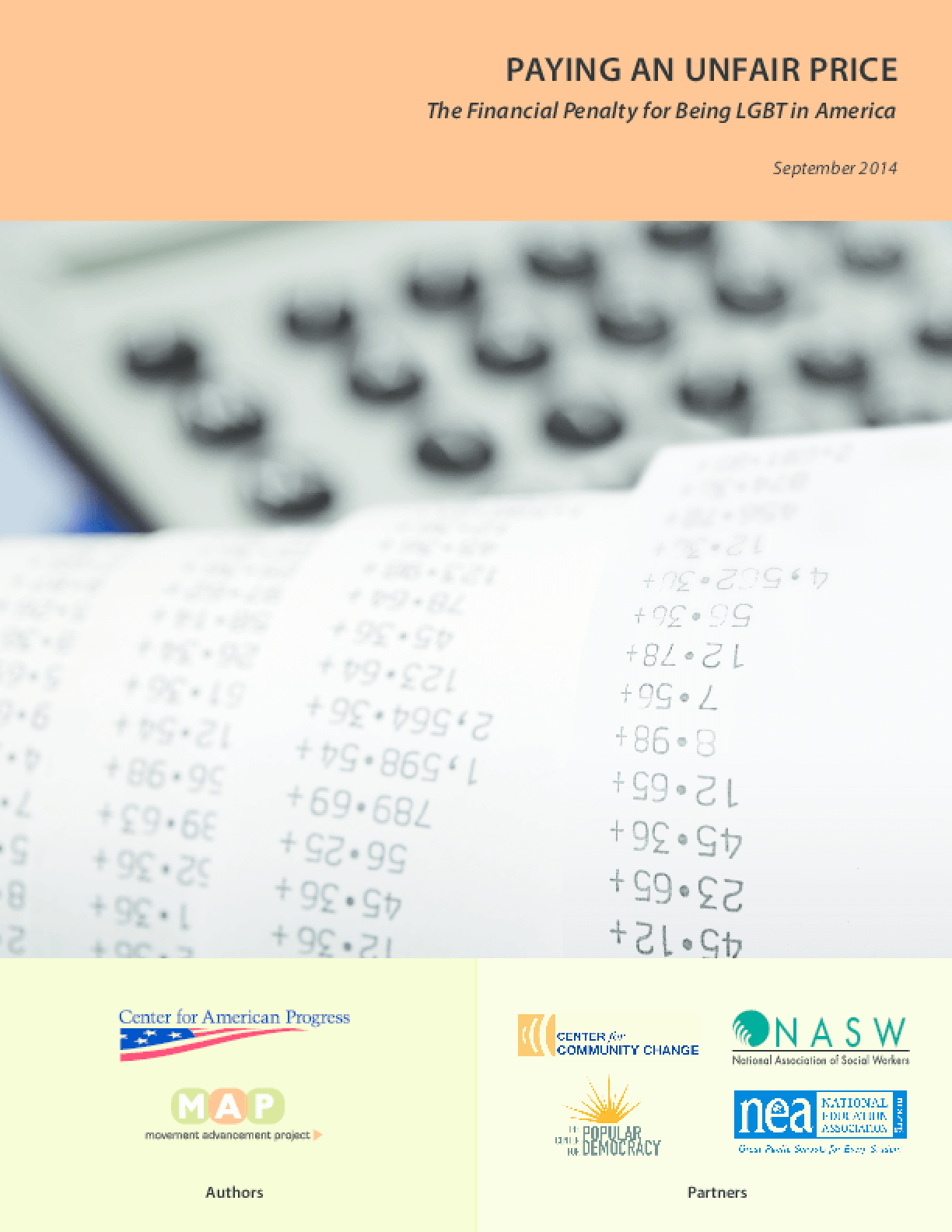