To cut through the growing chatter across social media channels, many educational institutions are paying to increase the visibility of their content on Facebook, Twitter and other digital platforms, according to a new white paper by CASE, Huron and mStoner, Inc.

Schools, colleges and universities worldwide are paying to boost and promote content as the organic reach across all social channels declines, write "Paying to Play" co-authors Jennifer Mack of Huron and Michael Stoner of mStoner Inc.

"Paying to improve exposure is the single best way to ensure that a particular piece of content reaches as many fans and followers as possible, allowing them the opportunity to engage with it in some way," according to Mack and Stoner.

Surveyed institutions boosted, promoted or advertised posts to increase attendance at events, encourage more engagement with an important campaign and grow awareness of giving days, among other reasons. These institutions, however, were selective about which posts to boost as most don't yet have much, if any, budget for amplifying social content.

"Paying to Play: Social Media in Advancement 2016" reports on findings from the seventh survey of social media in advancement, which was conducted earlier this year by Huron and mStoner in partnership with CASE. Nearly 1,200 respondents at educational institutions worldwide provided feedback on their use of social media. 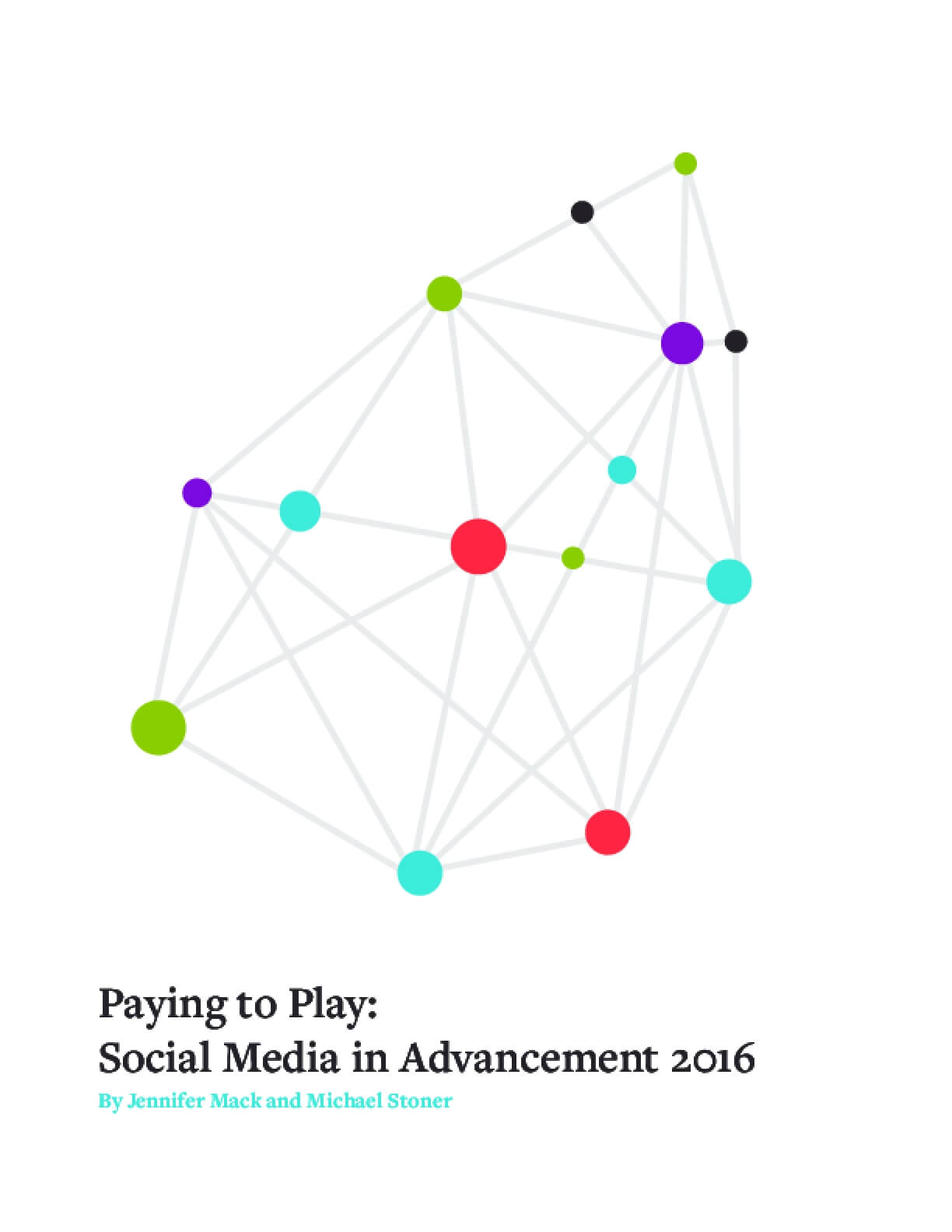