Nationalist populist parties and movements are growing in support throughout Europe. These groups are known for their opposition to immigration, their 'anti-establishment' views and their concern for protecting national culture. Their rise in popularity has gone hand-in-hand with the advent of social media, and they are adept at using new technology to amplify their message, recruit and organise.

Geert Wilders and his Partij voor de Vrijheid (PVV) in the Netherlands are perhaps the best known of these new movements, enjoying steady growth since being founded in 2004. In the 2010 parliamentary election, the PVV won 24 seats, which made it the third largest party in the Netherlands, and gave it a key role in keeping the minority government of Mark Rutte in office. The PVV places strong emphasis on the need to address immigration and what it sees as a failed multicultural policy, with Wilders being well known for his often incendiary remarks about Islam. Recently, Wilders has been directing more of his attention toward the European Union: opposing the deficit reduction plan, and Brussels more generally.

This report presents the results of a survey of Facebook fans of the PVV. It includes data on who they are, what they think, and what motivates them to shift from virtual to real-world activism. It also compares them with other similar parties in Western Europe, shedding light on their growing online support and the relationship between their online and offline activities. This report is the fourth in a series of country specific briefings about the online support of populist parties in 12 European countries, based on our survey of 13,000 Facebook fans of these groups. 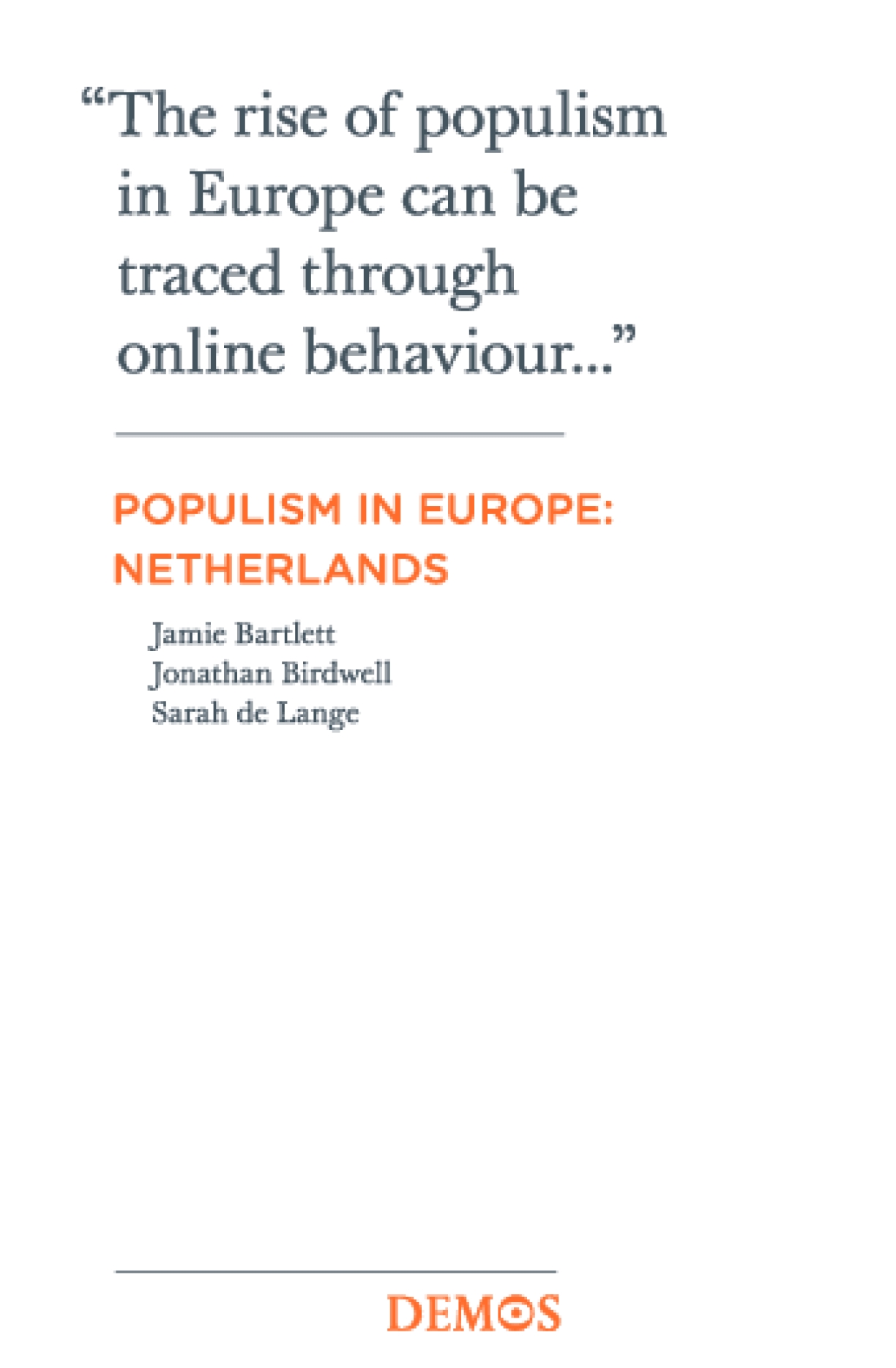