This paper finds that a wide range of outcomes are possible in the December 6 National Assembly elections, based on current polling data; and that there is potential for significant disparity between the popular vote and the distribution of seats among the opposing parties and coalitions.

The paper simulates, based on the 2010 election results, the 2015 election under various assumptions regarding the government's share of the vote and the degree to which the opposition is fractured among different coalitions. The projections look at the percent increase in votes the opposition would need in order to secure a simple majority, three-fifths, and two-thirds majority in the Assembly.

These results are potentially important because of widespread misunderstanding of the Venezuelan electoral system, and the emphasis on national polls which may differ considerably from the election results for a legislative body under the current voting system. The paper also shows how the current system of disproportional representation for sparsely populated states -- similar to a combination of the U.S. Senate and House into a single chamber -- will favor the government. 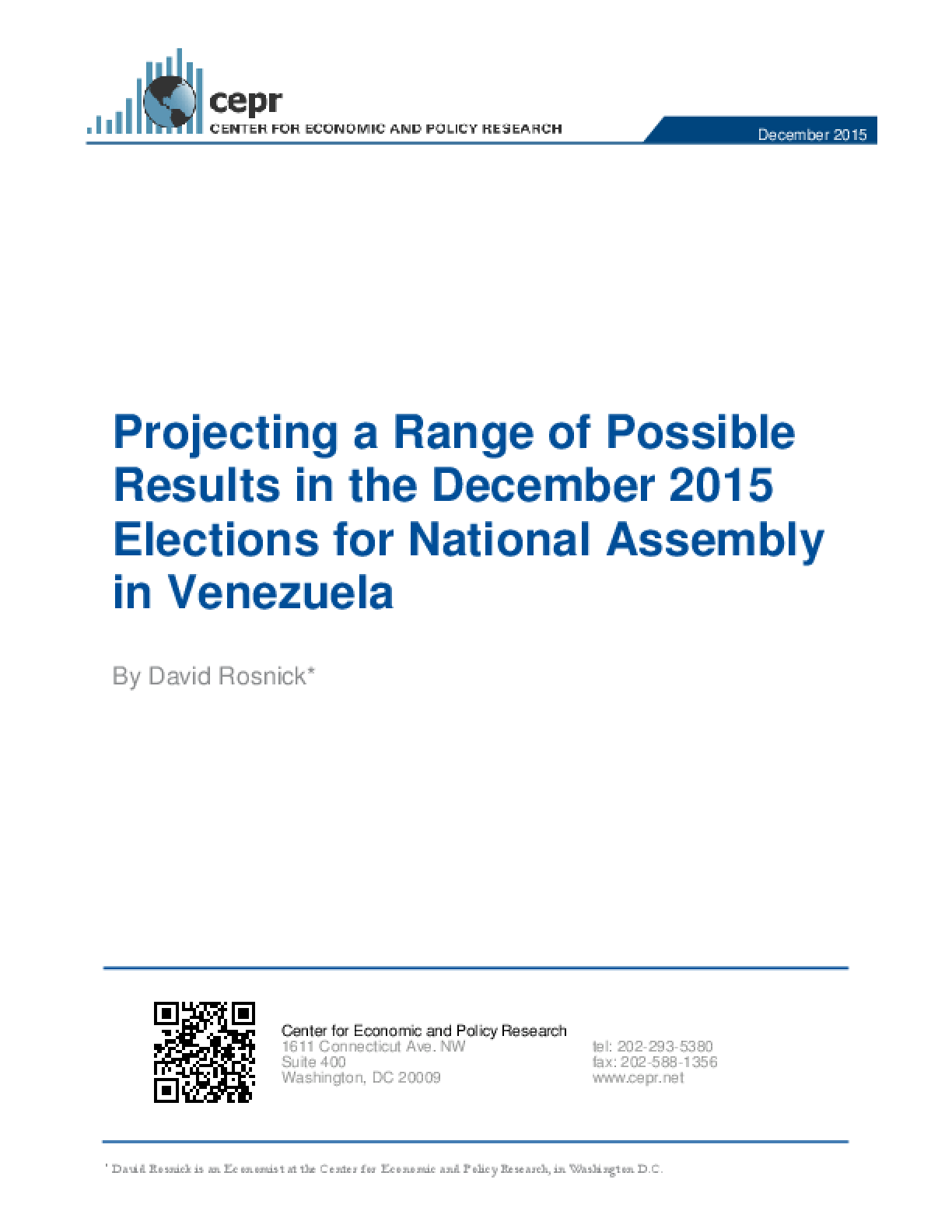