The Earned Income Tax Credit (EITC) is touted for its success in encouraging work and reducingpoverty. However, low-income workers without qualifying children are largely excluded from these benefits. Thus, President Obama has proposed expanding the EITC for workers without qualifying children, increasing the maximum credit value, increasing the phase-in (and phase-out) rate of the credit, and allowing workers to claim the credit at higher levels of income than under current policy. Further, the proposed policy would loosen age restrictions to allow childless workers aged 21 to 24 and 65 to 66 to claim the credit for the first time. In this brief, we use data from the 2013 Annual Social and Economic Supplement to the Current Population Survey to examine how the expanded eligibility and higher credit values might affect tax filers in both rural and urban America (see Box 1) 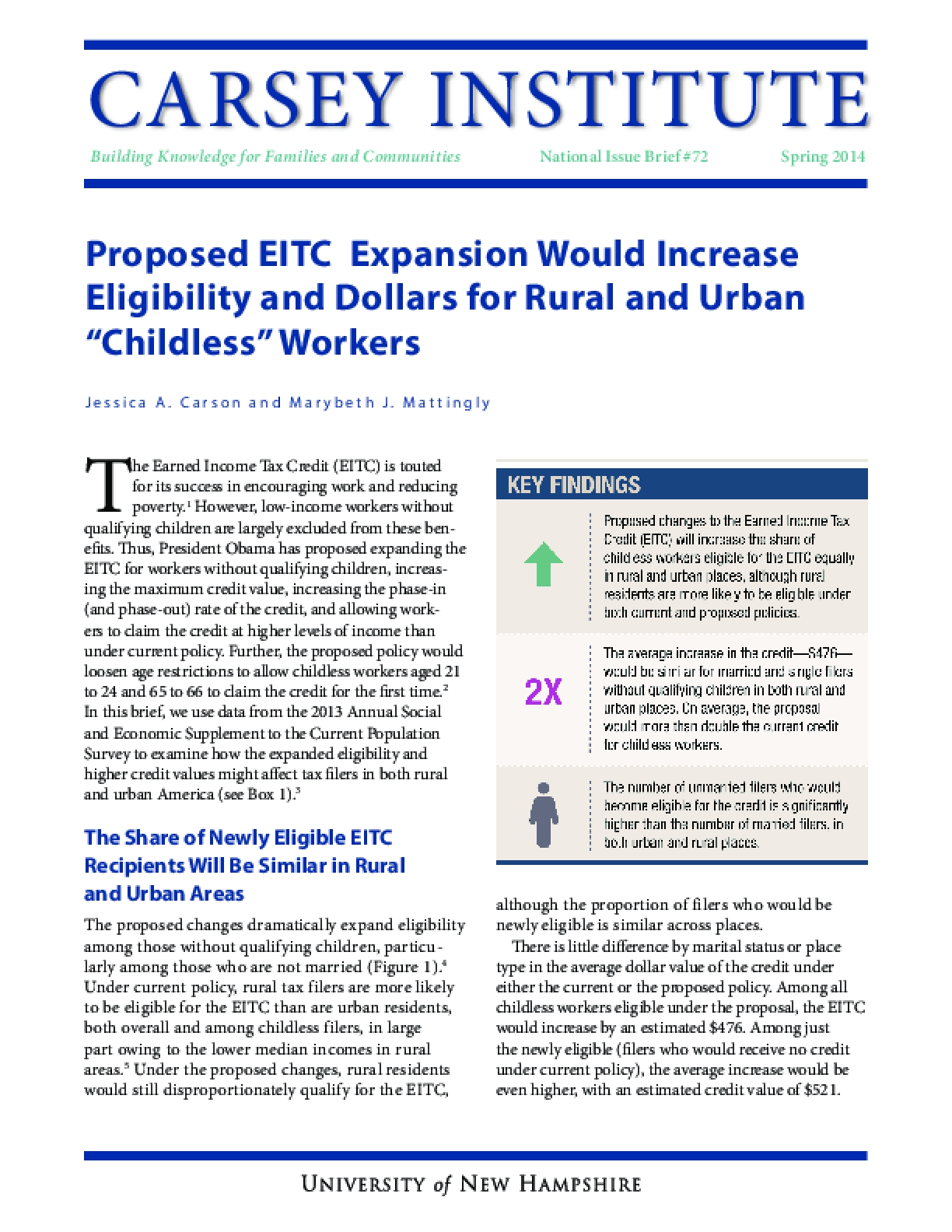