Supported in part by Arts Alliance Illinois, and with the cooperation of several local arts agencies, including Chicago's Department of Cultural Affairs and Special events, and of the National Assembly of State Arts Agencies.

Often, studies of public funding for the arts look at appropriations made on the national and state levels and estimates of local expenditures, but this report delves more deeply using grant-level data to examine the dollars received by organizations and artists resident in each city or region. 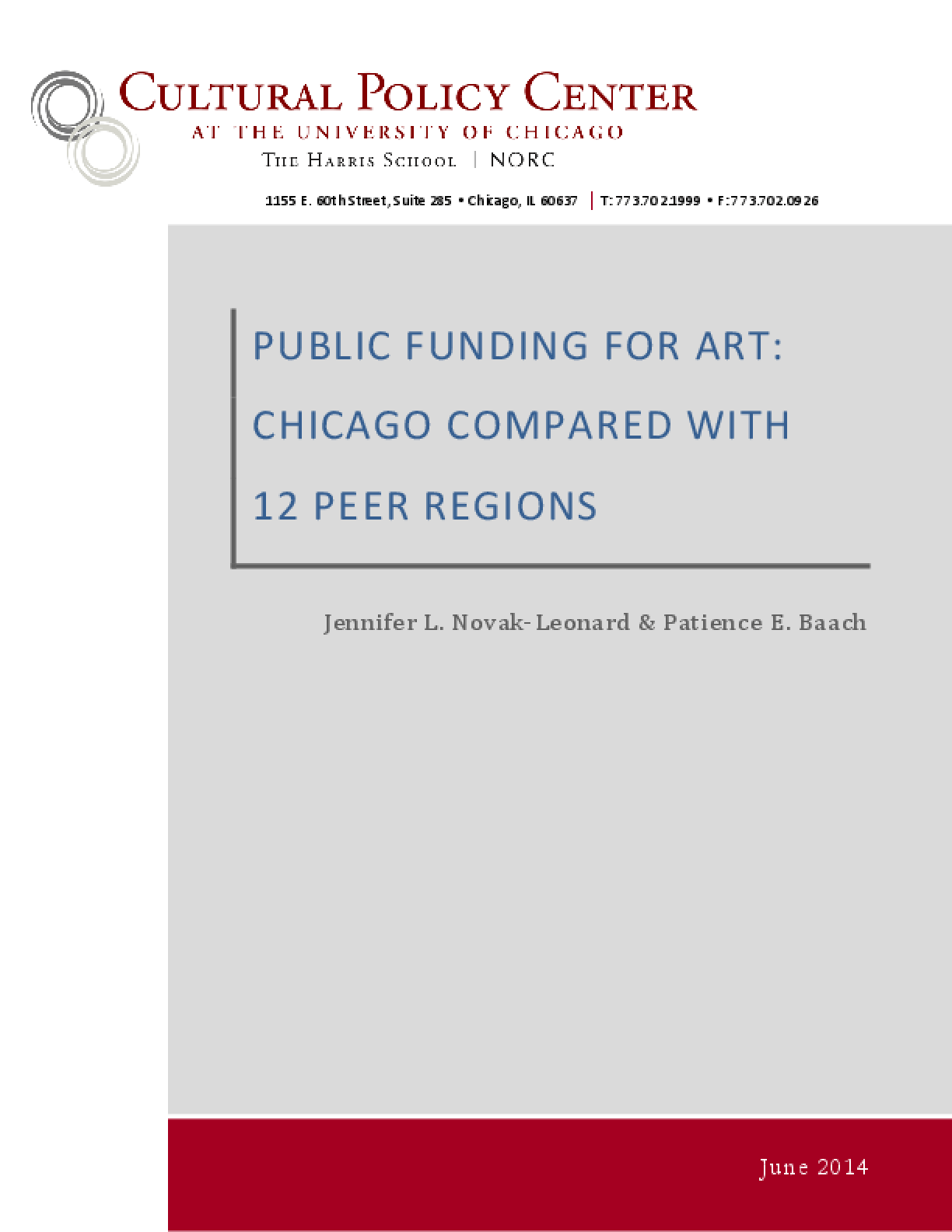