Racial profiling – the unconstitutional practice of law enforcement targeting individuals due to the color of their skin – remains an egregious and common form of discrimination and continues to taint the legitimacy of policing in theUnited States. It is both pervasive and hard to prove. Stopping an individual merely for "driving while black" violates the U.S. and Louisiana constitutions, but few cases have been brought in state or federal courts in Louisiana to challenge racially discriminatory policing. Racial profiling is also problematic from a public safety perspective because it undercuts effective police work by damaging trust in law enforcement.

While the much-needed sentencing reforms Louisiana began implementing in 2017 are projected to reduce the state's prison population by 10% over the next 10 years, resulting in savings of $262 million,22 none of the reforms focus onthe disproportionate policing of Louisianans of color. Eliminating racial profiling must be a priority if Louisiana wants to shed its status as one of the world's most prolific incarcerators. To address these harms, Louisiana law enforcement agencies must adopt and enforce effective policies against racial profiling and take other steps to ensure constitutional policing. For their parts, the Legislature and the Louisiana Commission on Law Enforcement and Administration of Criminal Justice should institute a host of reforms to curb this unconstitutional and counterproductive practice. 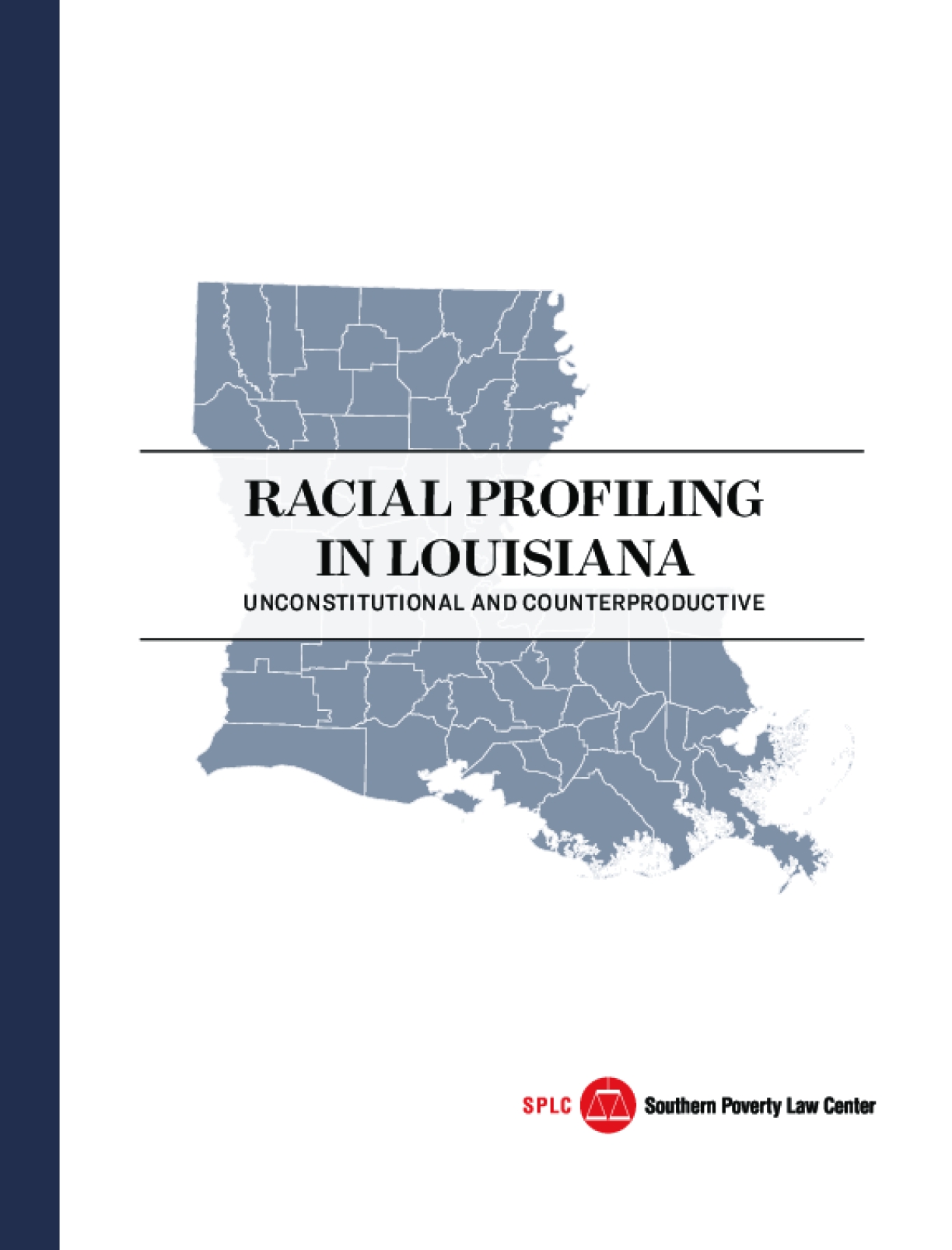