Re-energising Europe: A Package Deal for the EU27

The New Pact for Europe (NPE) initiative – launched in 2013 and steered by the King Baudouin Foundation, Bertelsmann Stiftung, Open Society Initiative for Europe and the European Policy Centre, supported by Calouste Gulbenkian Foundation, Open Estonia Foundation, the BMW Foundation and the Network of European Foundations – aims to rebuild trust through national and transnational dialogue and develop new common ground on the way forward for the European Union.

After years of multiple crises, the EU27 should re-energise the European project. This third NPE report, which is the culmination of five years of work reflecting more than 120 national and transnational debates throughout Europe, argues that the EU27 should have the political will and courage to agree on an ambitious but realistic win-win package deal to overcome deadlocks and counter the danger of a more regressive, nationalistic, closed, illiberal and authoritarian Europe, the greatest challenge we are currently facing. 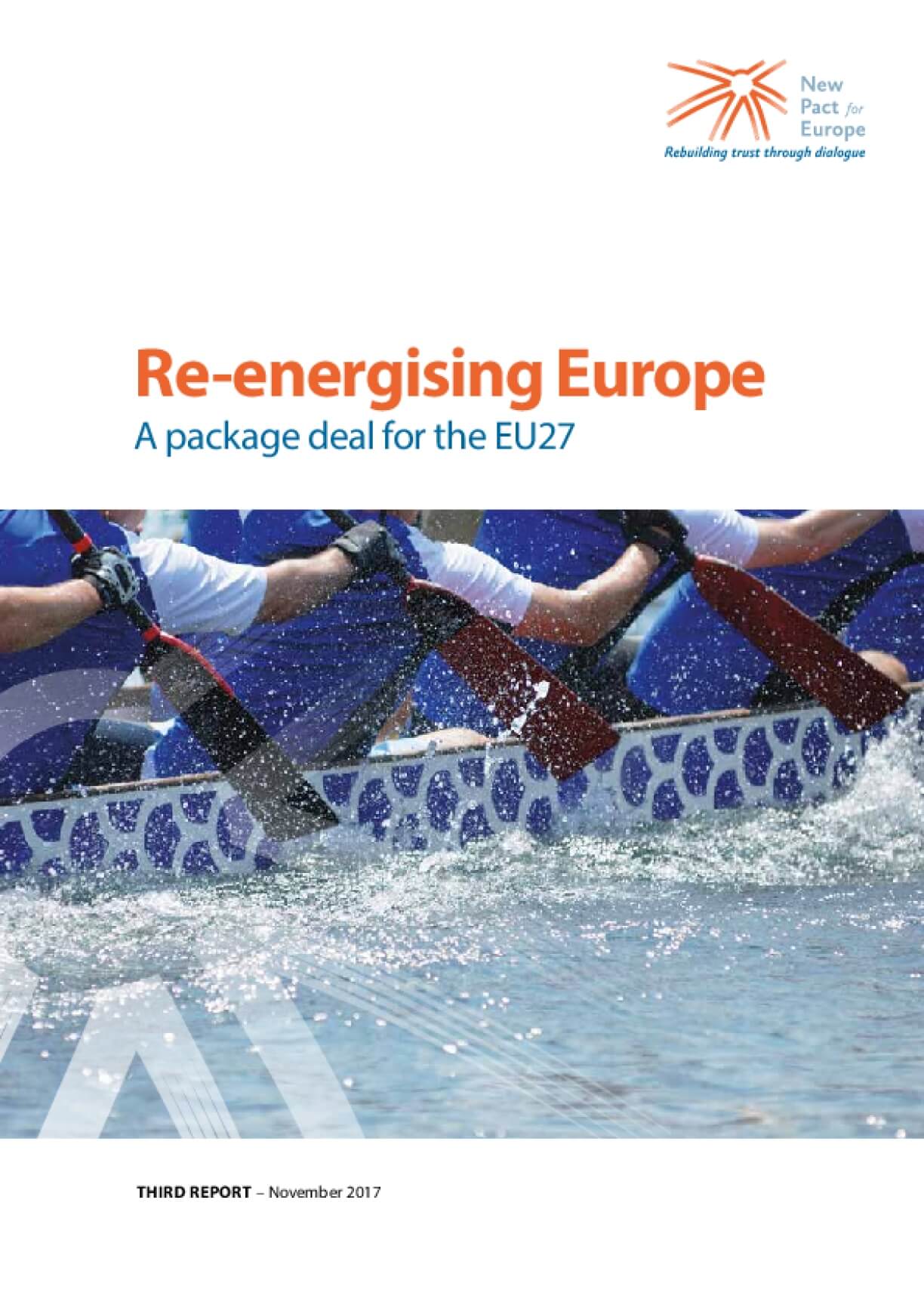