Sprawl and Smart Growth in Greater Vancouver: A Comparison of Vancouver, British Columbia, with Seattle, Washington

Sightline Institute's report -- "Sprawl and Smart Growth in Greater Vancouver" -- assesses Vancouver, British Columbia's success at curbing sprawl and developing efficiently from 1986 to 2001. Using census data and Landsat satellite imagery, Sightline researchers ranked municipalities' and districts' records in smart growth and pavement spread, and compared greater Vancouver with another fast-growing metropolis in the Pacific Northwest -- the Seattle-Tacoma region. Sightline released the report with Smart Growth BC, on September 12, 2002, in Vancouver. 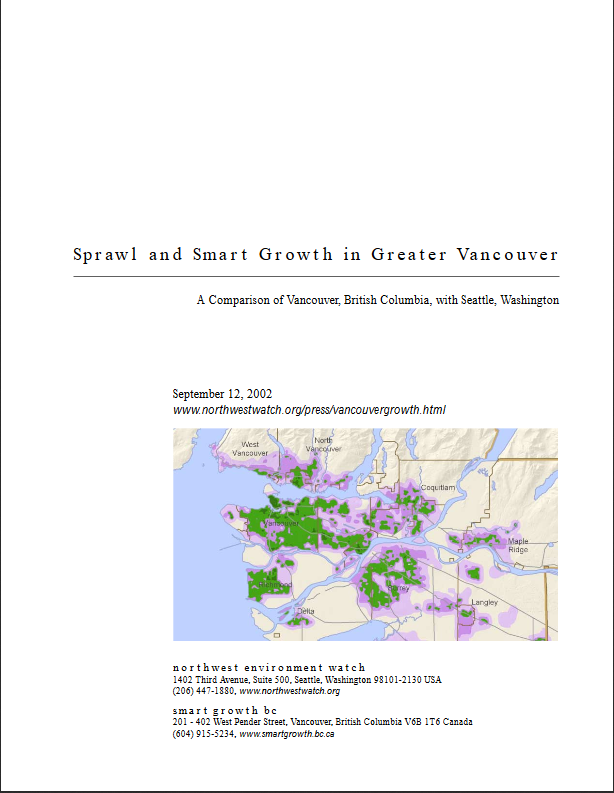