Salvador Reza, a longtime organizer for indigenous Mexican rights, helped lead a successful campaign to organize taco vendors in Phoenix. Faced with a local ordinance that would restrict the operation of mobile food stands, effectively banning them, Reza and his colleagues at Tonatierra mobilized the vendors to fight back. Their ultimate success recaptured the spirit of a community traumatized by 500 years of colonization and cultural destruction. Tonatierra's strategies included the following: 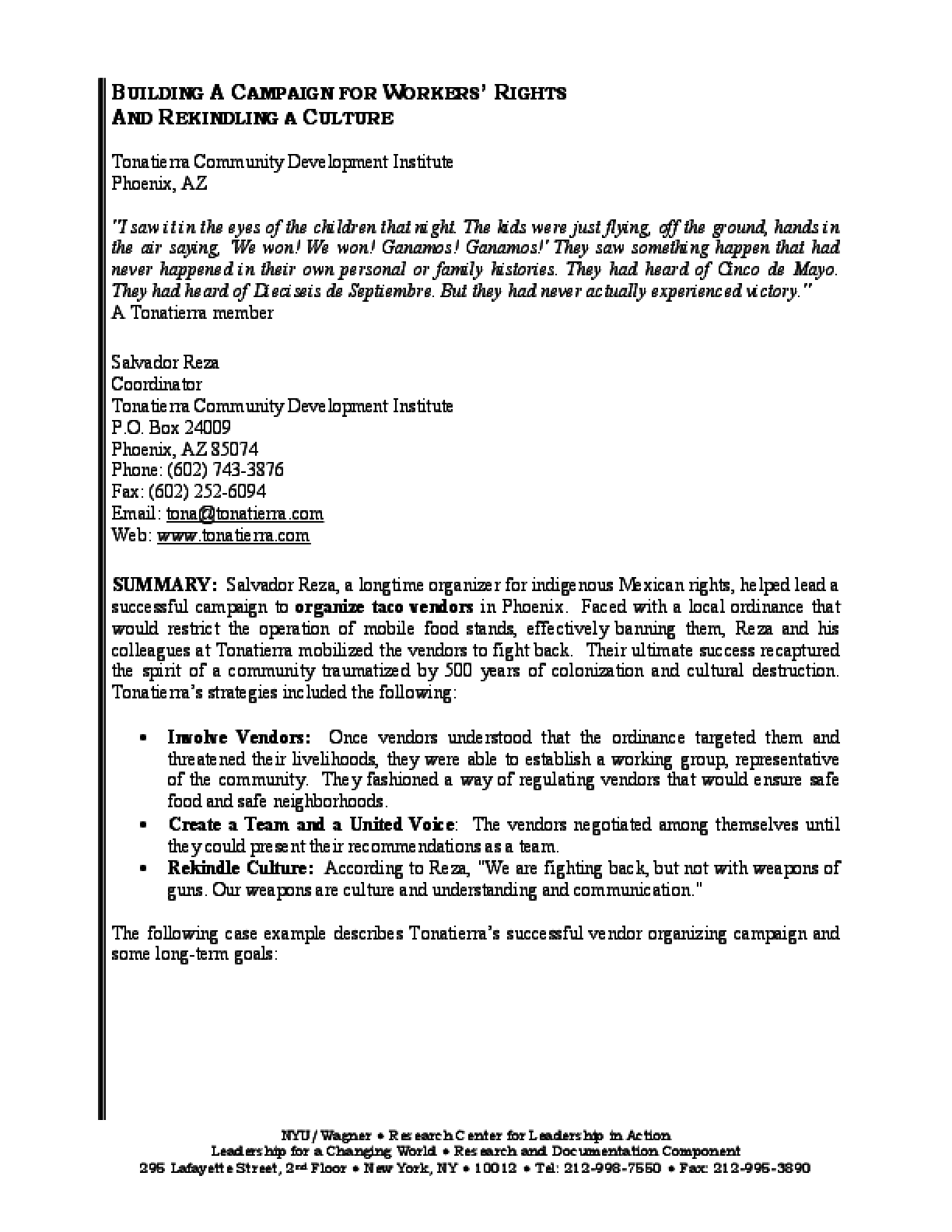