Over the past few months, the Skoll Global Threats Fund undertook research and commissioned a number of studies to better understand the current state of public engagement around climate change in the United States. The goal was to explore how the philanthropic sector could empower a more targeted, effective, and evidence-based approach to public engagement on climate. This document is an overview of what we heard and what we learned. Our intent here is not to assess the campaign strategies and tactics that the climate movement has pursued. There have been many assessments of strategy and reflections on why we have been unable to pass comprehensive climate policy. Rather, we sought to characterize the approaches being used to engage people on climate change, and we began to explore how social science research and tools could strengthen these engagement efforts. We have chosen to focus on climate engagement because we see it as central to building the political will required for action. Today, most Americans believe climate change is real and at least partly human-caused. Yet few Americans are engaged around climate change -- cognitively, emotionally, or behaviorally, let alone politically. Over the last few months, we began investigating what social scientists and outreach specialists understand about how we can more effectively engage the public. We found many NGOs, funders, and analysts are exploring similar questions as they rethink priorities and approaches to mobilize the masses, activate the elite, and motivate decision makers. This discussion piece is an attempt to capture the conversation underway and facilitate further discussion about how social science can help build a stronger path forward. 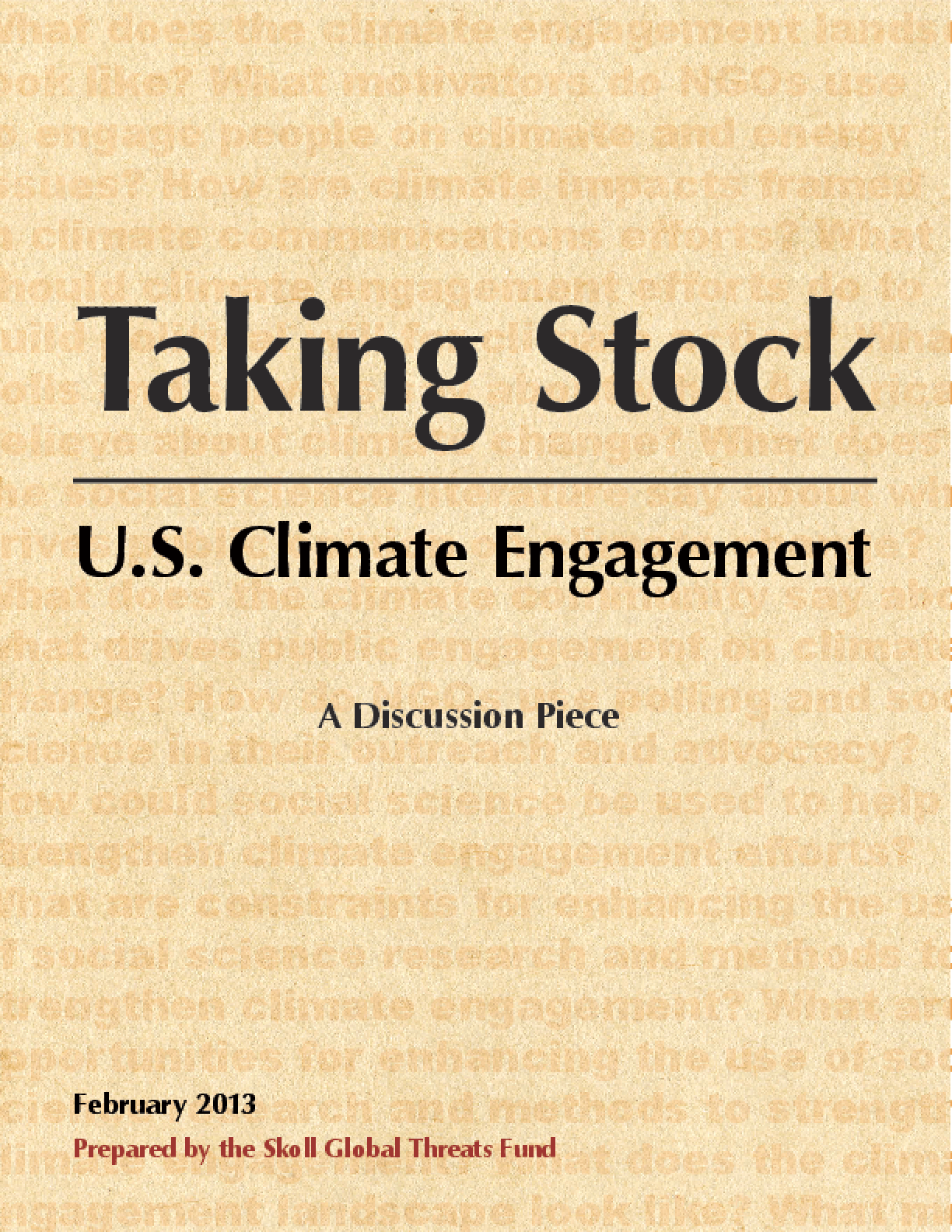