Smartphone adoption among American teens has increased substantially and mobile access to the internet is pervasive. One in four teens are "cell-mostly" internet users, who say they mostly go online using their phone and not using some other device such as a desktop or laptop computer. In overall internet use, youth ages 12-17 who are living in lower-income and lower-education households are still somewhat less likely to use the internet in any capacity -- mobile or wired. However, those who fall into lower socioeconomic groups are just as likely and in some cases more likely than those living in higher income and more highly educated households to use their cell phone as a primary point of access. 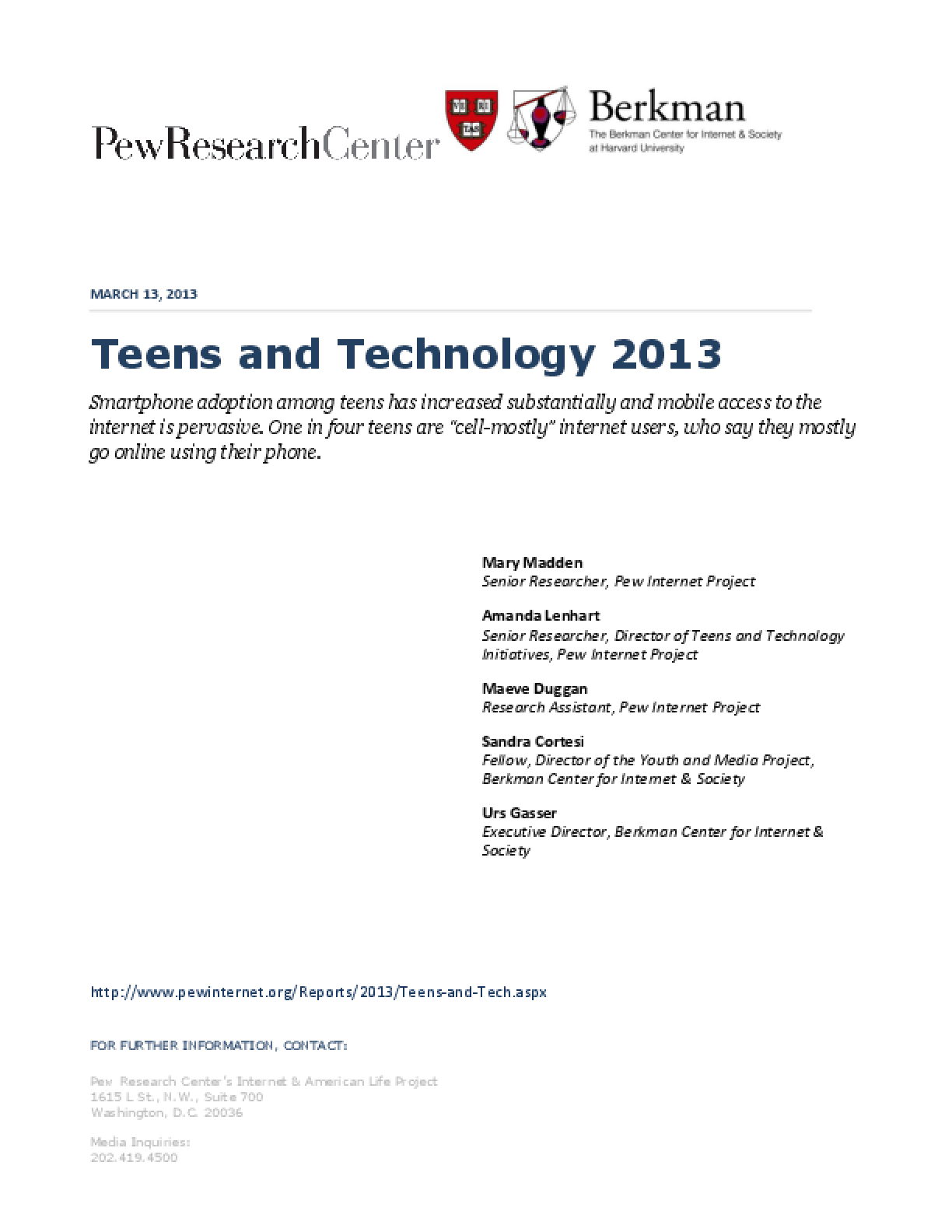