More organizations saw growth (43 percent) than declines (33 percent). Combined, two‐thirds of respondents said they saw contributions increase or stay about the same as in 2009. This is an improvement over a year ago at the same time, when 46 percent reported a decline and only 54 percent saw growth or stable contributions levels.
A far larger share in 2010 saw stable amounts of contributions received (24 percent versus 11 percent last year at this time). The shift between 2009 and 2010 is from "decreased" to "about the same".
The results in this wave are an improvement over the November 2010 survey conducted by the Nonprofit Research Collaborative. At that time, 36 percent of responding charities reported an increase and 37 percent reported a decrease in the first nine months of 2010. This suggests that the "uptick" in giving anticipated in the last weeks of 2010 might have occurred, but nonetheless, the growth in contributions received did not match expectations for the year. 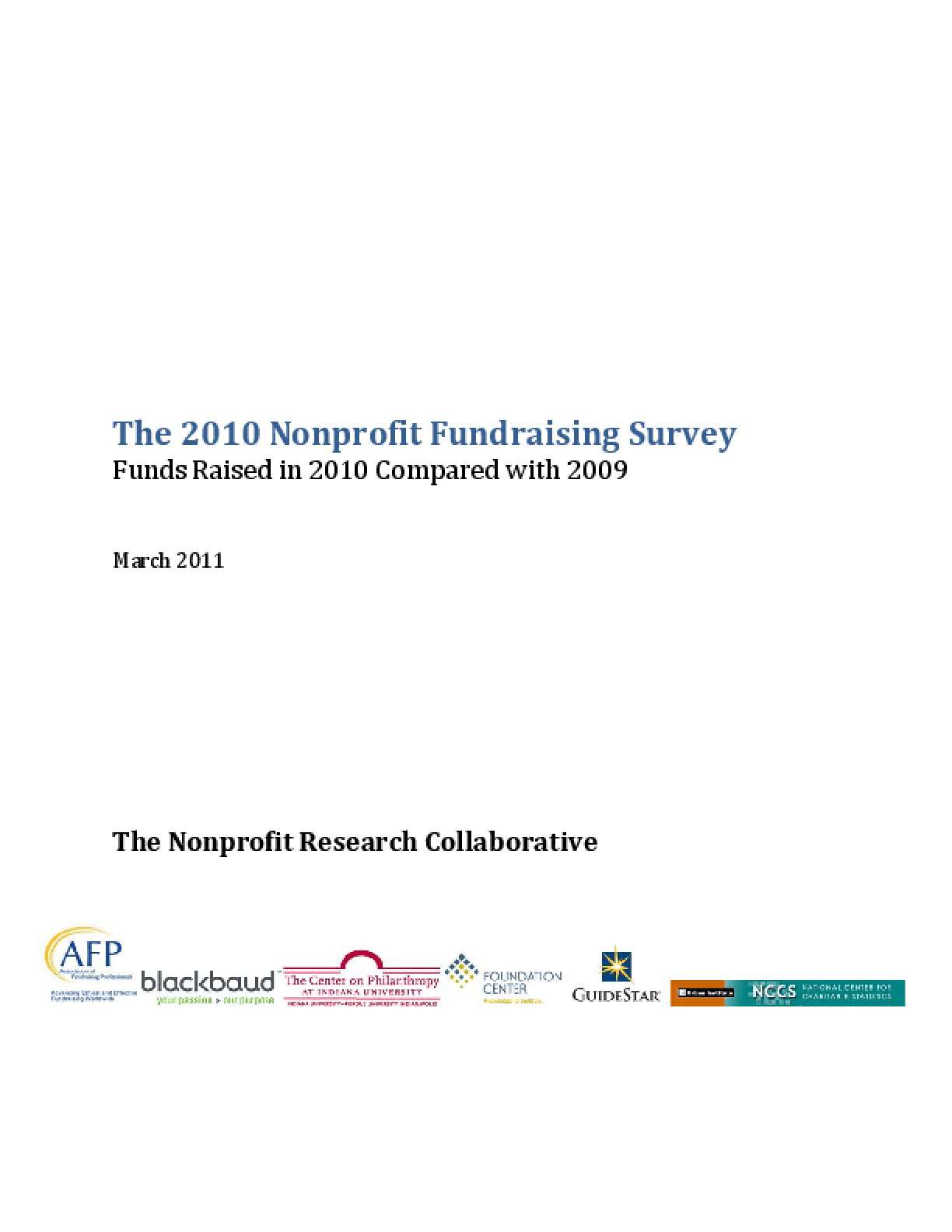