Debates about gun control often drift towards general arguments about whether guns make us safer or less safe, and gun control is equated with restricting gun ownership. However, with recent Supreme Court decisions overturning laws which ban firearm possession in the District of Columbia and Chicago, current gun control policies in the U.S. do not disarm lawabiding adults over the age of 21. Rather, gun control laws today focus on one or more of four general objectives. These laws aim to:

In this report we draw upon research evidence to suggest how improvements in each of these types of gun policies could enhance public safety in the United States. 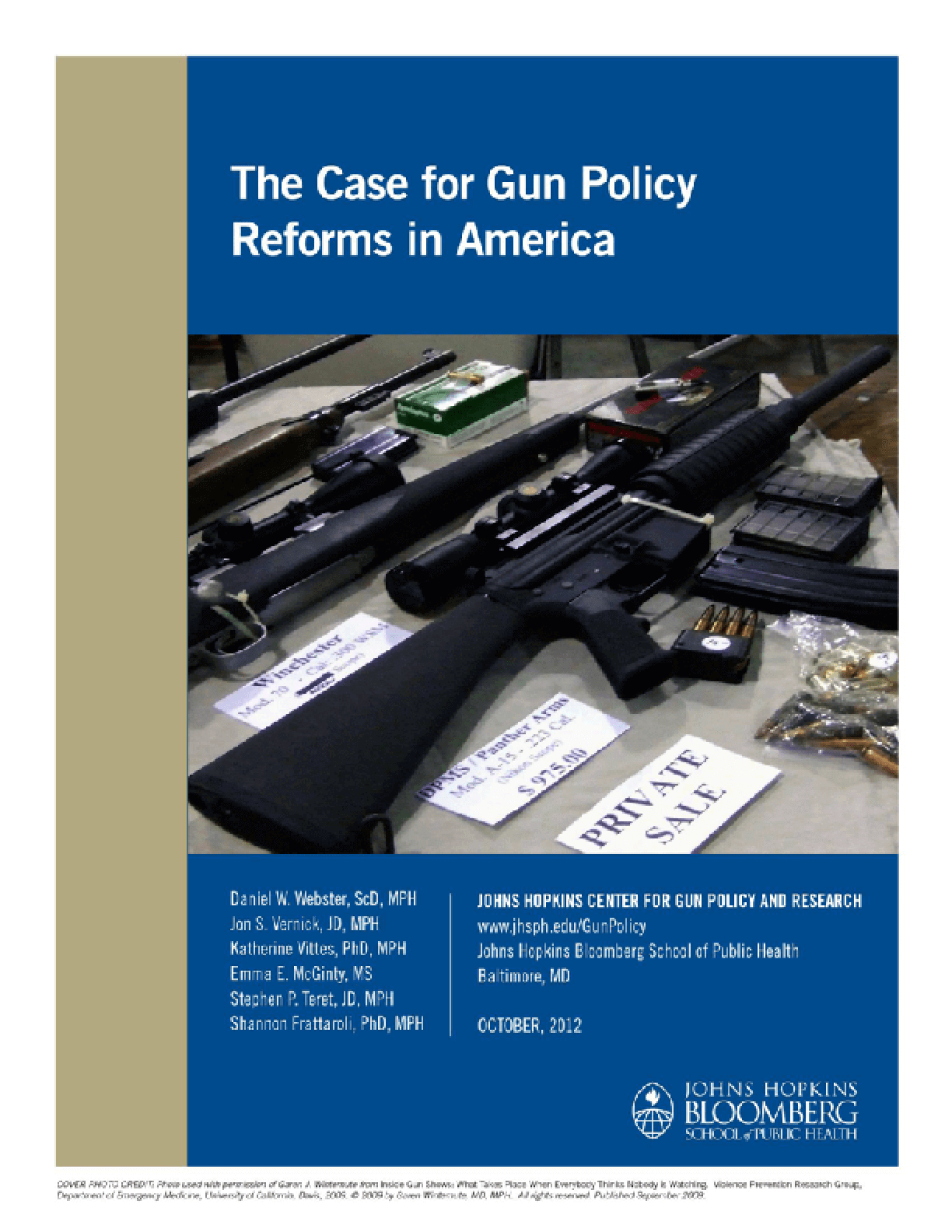