In February 2008, Austin Police Department (APD) officers pulled over a car on a routine traffic stop. In the car were a Central American couple and their three-year-old U.S.-citizen son. The officers arrested Sylvia and Ernesto due to outstanding traffic tickets, and later charged them with tampering with government records after finding the couple's false Social Security cards used to gain employment. Sylvia and Ernesto were booked into the Travis County Jail, while their son Luis was temporarily placed into Child Protective Services (CPS), to be reunited with his parents once they were released from jail. However, this reunion was not to occur on American soil. Through an initiative called the Criminal Alien Program (CAP), local law enforcement agencies collaborate with Immigration and Customs Enforcement (ICE) to identify deportable[3] non-citizens in county jails across the county. In Austin, Texas, the seat of Travis County, the Sheriff's Office supplies ICE with a list of foreign-born arrestees and grants ICE unlimited access to the jail to interview inmates. For individuals like Sylvia and Ernesto, who are undocumented, or for legal immigrants who are still vulnerable to deportation for crimes as minor as shoplifting, an arrest can lead to deportation. Because ICE was able to take custody of them, Sylvia and Ernesto were not released into the community to be with their young son. Instead, they were held in ICE detention while deportation proceedings commenced against them. Meanwhile, CPS transferred Luis to foster care, as no relatives could be immediately found to claim him. Luis's parents were ultimately both deported to Central America, and Luis lingered in foster care for a week until a relative was found. Unfortunately, this is no isolated incident. In 2008, the University of Texas School of Law's Children's Rights Clinic saw another similar case, and in April 2009, The New York Times reported that an undocumented woman's child was placed for adoption when the court deemed she "abandoned" her son after being jailed subsequent to an immigration workplace raid. ICE and local law enforcement officials claim that CAP targets the worst criminal offenders -- those dangerous individuals who make our communities less safe. The Chief Deputy of the Travis Country Sheriff's Office (TCSO) has said, "We know for a fact that we are only getting the bottom of the barrel, so to speak. These guys are really the undesirables. Most people wouldn't want them getting out of jail and being their neighbor. They'd like to see them deported out of the country." However, stories like those of Sylvia and Ernesto, and those of many others whose families are torn apart because of traffic arrests or misdemeanor offenses, show that many of the people impacted are far from being at "the bottom of the barrel." Not only are these individuals facing deportation and separation from their families, but CAP has also negatively impacted entire communities. There have also been allegations of law-enforcement agencies engaging in racial profiling and pretextual arrests in order to get suspected deportable immigrants into the jail so they can be identified by ICE. CAP can also affect a town's reputation, economy, and school system. Achieving the opposite of its mandate, CAP in fact decreases public safety when immigrant victims and witnesses fear contacting police due to law enforcement's collaboration with immigration authorities, creating a sphere for criminals to operate with impunity. This paper provides a brief history and background on the CAP program. It also includes a case study of CAP implementation in Travis County, Texas, which finds that the program has a negative impact on communities because it increases the community's fear of reporting crime to police, is costly, and may encourage racial profiling. 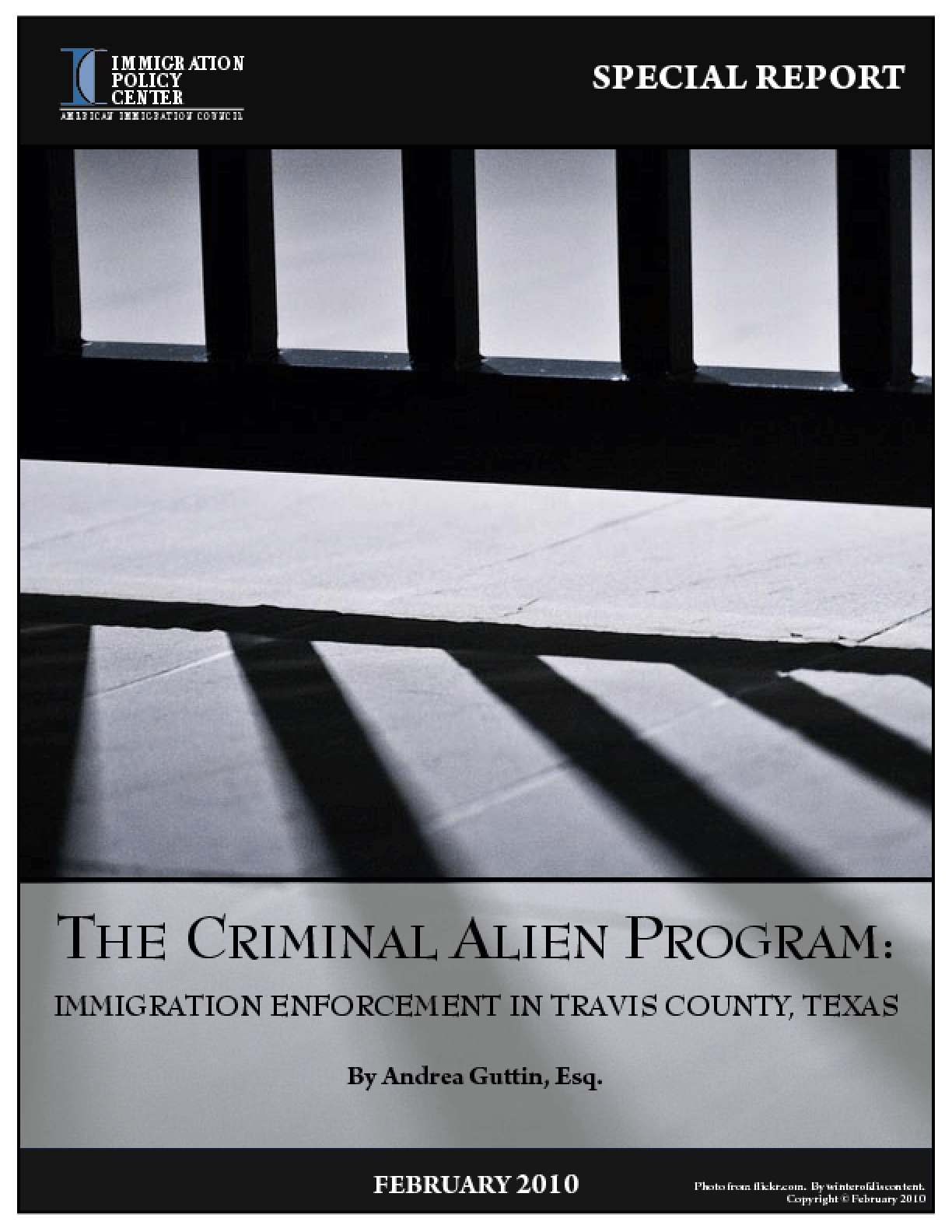