If Ethiopia completes the Gibe III Dam, now under construction on the Middle Omo River, and continues to press ahead with large-scale irrigation developments in the Lower Omo Basin, the result will be a cascade of hydrological, ecological and socio-economic impacts that will generate a region-wide crisis for indigenous livelihoods and biodiversity and thoroughly destabilize the Ethiopia-Kenyan borderlands around Lake Turkana. The long-term effect could parallel what has happened to Central Asia's Aral Sea, one of the planet's worst environmental disasters. This African crisis is fast becoming an issue that will increasingly engage the international community. This paper summarizes the technical and scientific evidence derived from decades of high-quality research on and around the lake by local and international specialists, as well as recent studies of current threats. It then reviews expected consequences of a variety of potential strategies that might be pursued by various actors to oppose or moderate these threats. 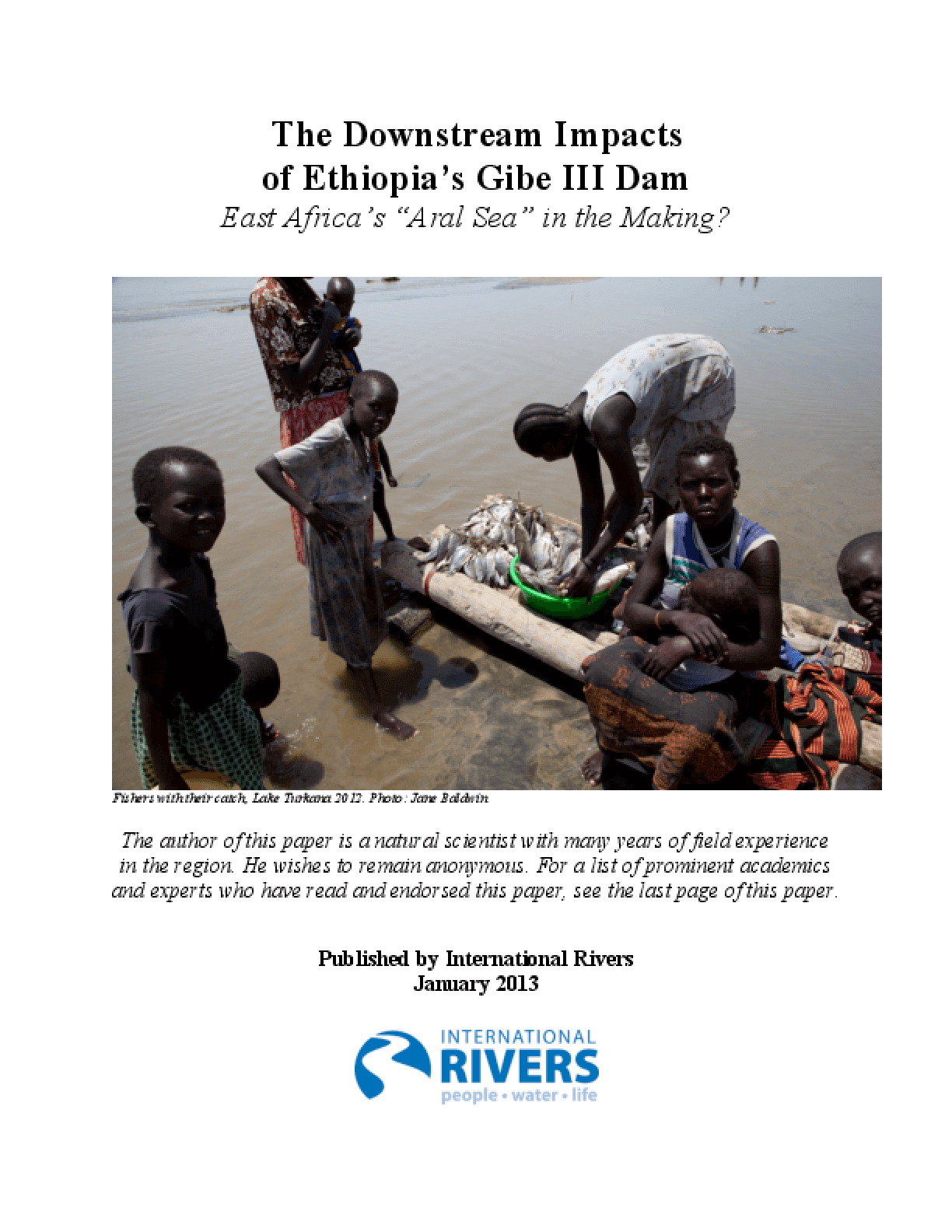