Intimate partner violence (IPV), sexual assault, and stalking have profound economic effects on victims and survivors. The physical aspects of violence often result in significant medical costs and time off from work. The long-term psychological consequences may hinder victims' ability to study or hold a job; in some cases, perpetrators directly sabotage their victims' employment. Economic abuse, which can take a range of forms—including preventing access to financial resources and generating unauthorized debt—can leave victims facing economic insecurity and poor credit. Seeking safety is often financially prohibitive, reducing a victim's ability to leave the abuser and recover.

This fact sheet summarizes findings from research literature on the economic consequences and costs of IPV, sexual assault, and stalking for victims and survivors. The costs highlighted include medical expenditures, lower wages resulting from diminished educational attainment, lost wages from missed work and job loss, debt and poor credit, and costs associated with housing instability. 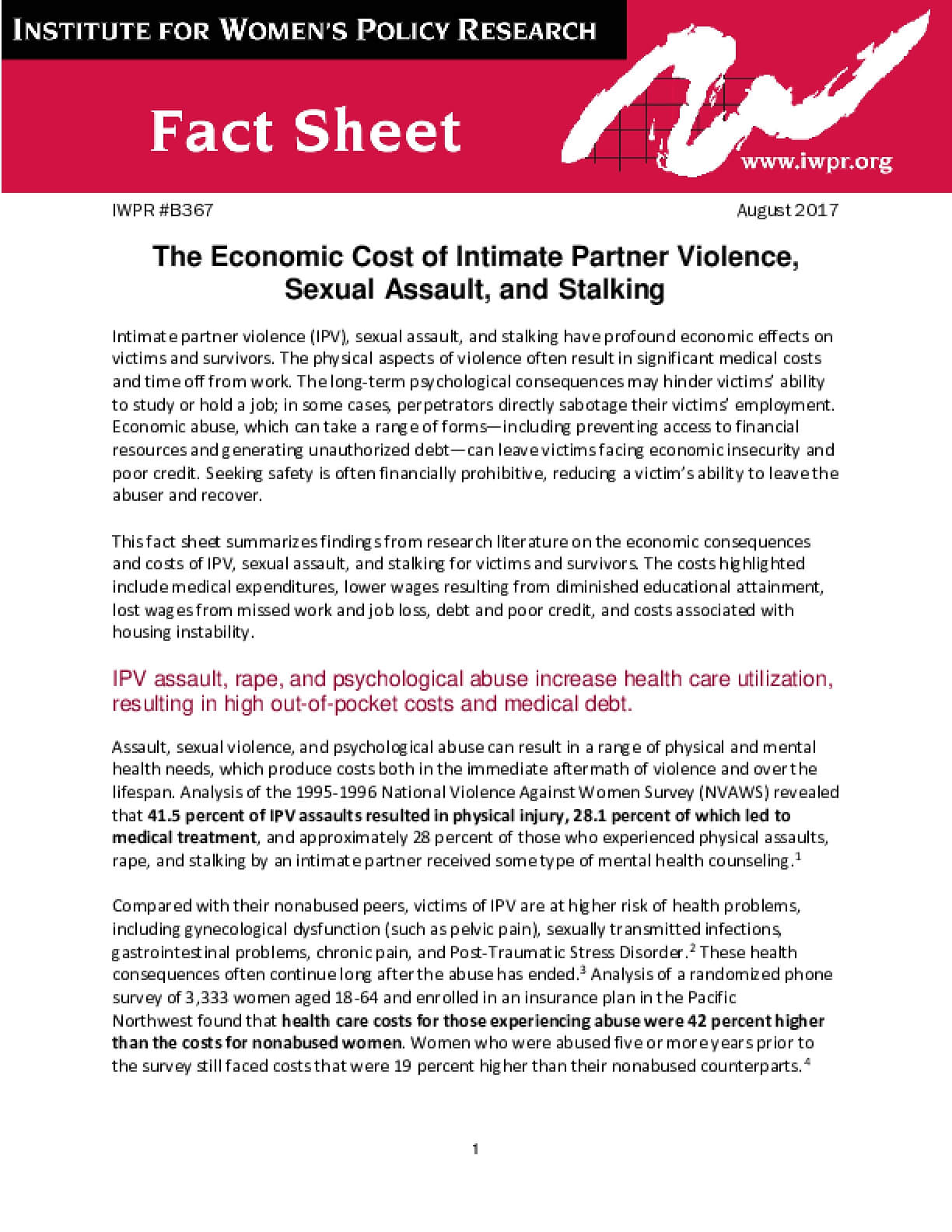