Like intimate partner violence, sexual assault, and stalking, human trafficking has significant economic consequences for victims. While data on the prevalence of human trafficking in the United States are scarce, due to the covert nature of the crime, some research suggests that trafficking is widespread. In 2016, the National Human Trafficking Resource Center Hotline (National Hotline) received 26,727 reports of human trafficking in the United States, resulting in 7,621 cases referred to law enforcement—a 36.7 percent increase from 2015 (National Human Trafficking Hotline 2016). Sex trafficking represented the majority (73.3 percent) of the cases referred by the National Hotline in 2016; labor trafficking represented 14.0 percent of cases, 3.5 percent of cases were dual sex and labor trafficking victimizations, and 9.2 percent were unclassified (Polaris Project 2017).

The cost of human trafficking to victims is significant and often life-long. Victims often experience wage theft (Owens et al. 2014); suffer substantial economic costs due to physical, sexual, and psychological abuse (Busch-Armendariz et al. 2016); and due to a lack of legal work histories face diminished economic opportunity. In addition, because commercial sex is illegal in most of the United States, many sex trafficking victims become involved with the justice system, and are criminalized despite laws protecting victims (Barnard 2014).

This briefing paper focuses on the economic implications of sex trafficking within the United States, the economic factors that can increase risk of exploitation, the economic effects of victimization, and the challenges and opportunities facing service providers, the justice system, and policymakers to reduce trafficking and its economic harms. 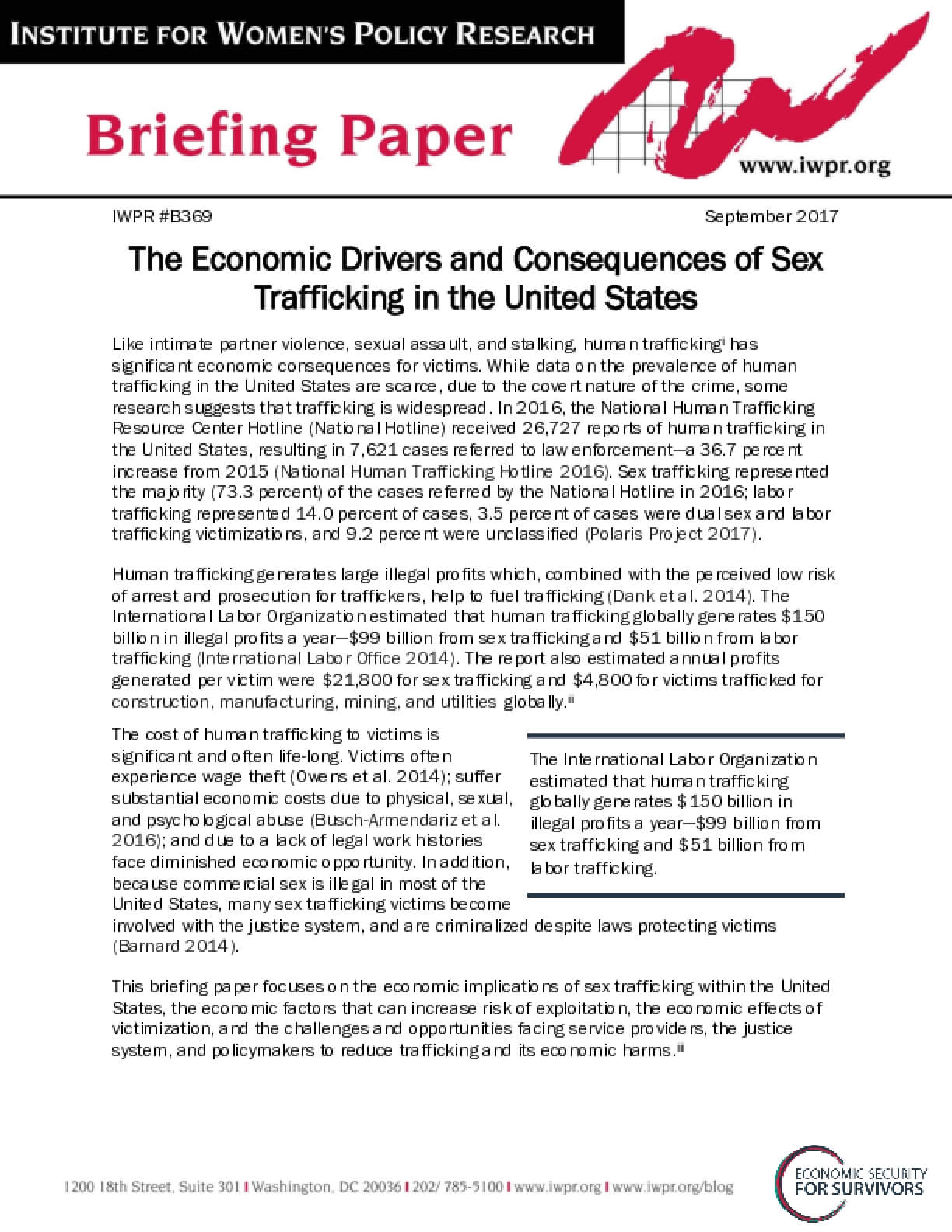