Families in low-income neighborhoods sometimes lack access to supermarkets that provide a broad range of healthy foods. We investigate whether these so called "food deserts" play a role in childhood obesity using a statewide panel data set of Arkansas elementary schoolchildren. We use fixed-effects panel data regression models to estimate the average food desert effect. We next compare children who left (entered) food deserts to children who were always (never) in food deserts and homogenize samples for those whose food desert status changed as a result of a change in residence and those whose status changed only as a consequence of the entry or exit of a supermarket. We present evidence that exposure to food deserts is associated with higher z-scores for body mass index. On average, this is in the neighborhood of 0.04 standard deviations. The strongest evidence and largest association is among urban students and especially those that transition into food deserts from non-deserts. Our food desert estimates are similar in magnitude to findings reported in earlier work on diet and lifestyle interventions targeting similarly aged schoolchildren. That said, we are unable to conclude that the estimated food desert effect is causal because many of the transitions into or out of food deserts result from a change in residence, an event that is endogenous to the child's household. However, there is evidence that food deserts are a risk indicator and that food desert areas may be obesogenic in ways that other low-income neighborhoods are not. 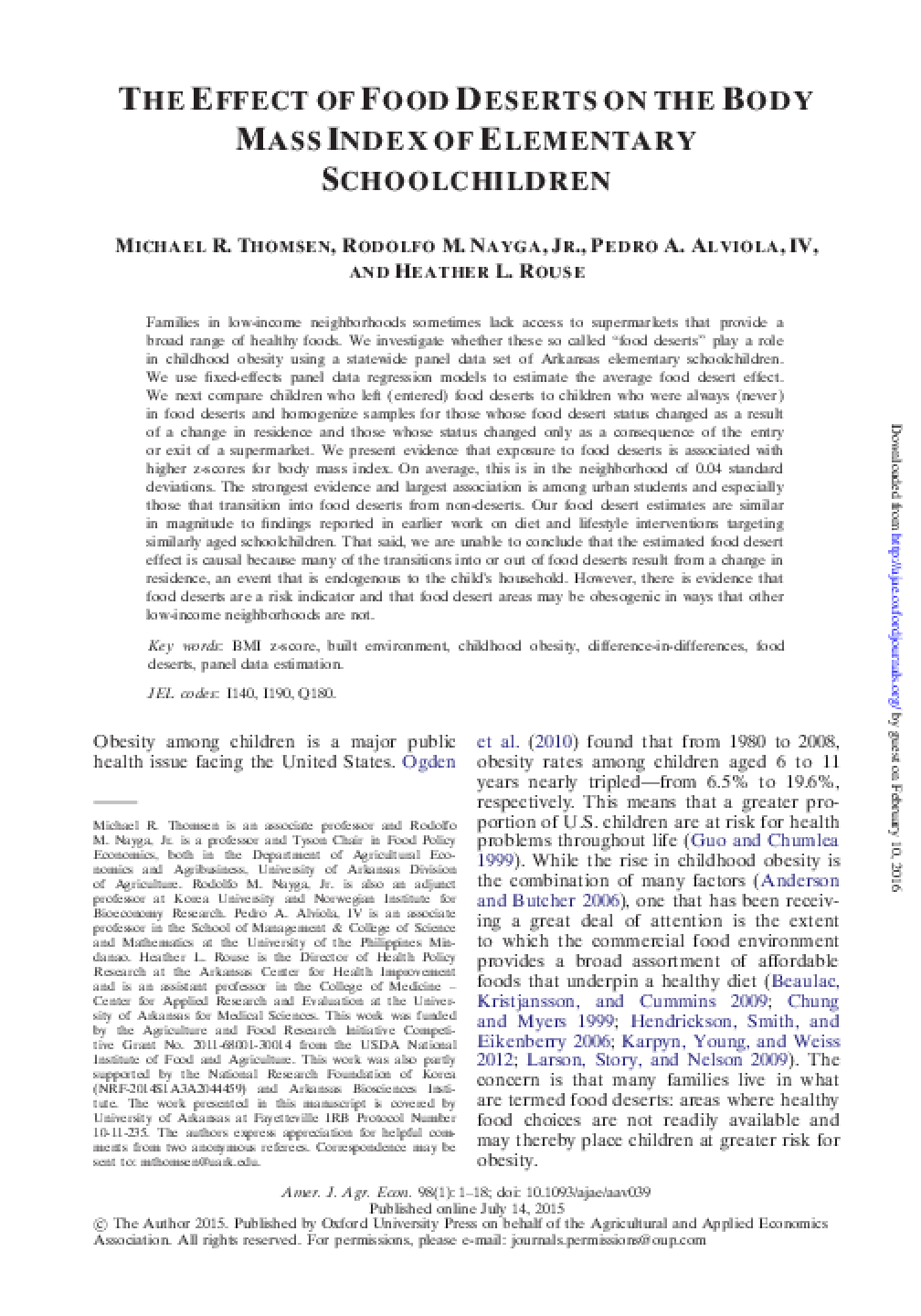