The Evolving Landscape of Internet Control

Over the past two years, we have undertaken several studies at the Berkman Center designed to better understand the control of the Internet in less open societies. During the years we've been engaged in this research, we have seen many incidents that have highlighted the continuing role of the Internet as a battleground for political control, including partial or total Internet shutdowns in China, Iran, Egypt, Libya, and Syria; many hundreds of documented DDoS, hacking, and other cyber attacks against political sites; continued growth in the number of countries that filter the Internet; and dozens of well documented cases of on- and offline persecution of online dissidents. The energy dedicated to these battles for control of the Internet on both the government and dissident sides indicated, if nothing else, that both sides think that the Internet is a critical space for political action. In this paper, we offer an overview of our research in the context of these changes in the methods used to control online speech, and some thoughts on the challenges to online speech in the immediate future. 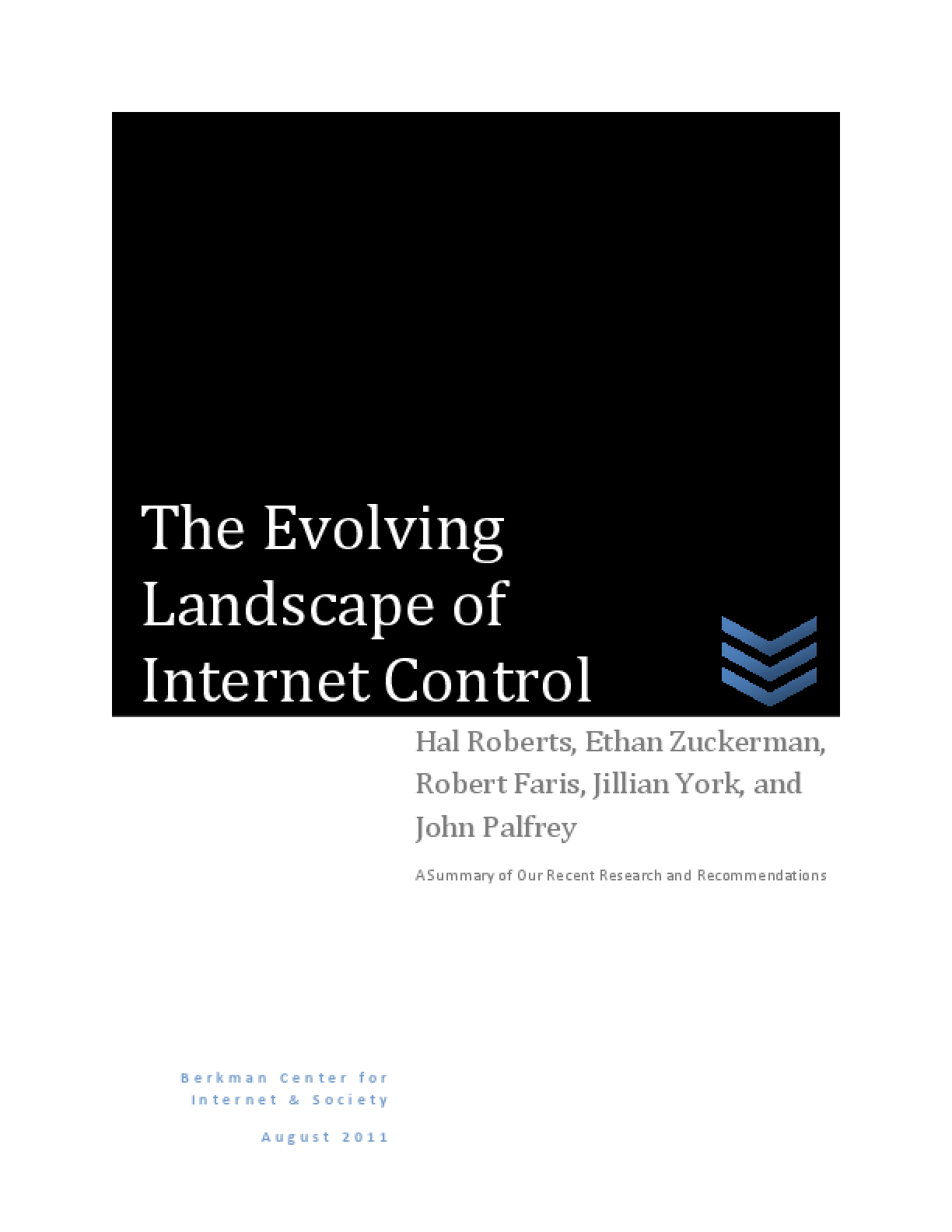