The Financial Security and Careers in the Nonprofit and Philanthropic Sector

In the aftermath of the 2008-09 recession, many individuals are worried about their short-term and long-run financial security. In the nonprofit and philanthropic sector (hereafter referred to as "the sector"), there is speculation that such concerns among its workers are undermining the sector's ability to attract and retain the new talent required to be successful, while simultaneously preventing senior leaders and older employees from retiring. Anecdotal evidence indicates that sector employees feel unable to prepare financially for personal goals, such as comfortable retirement or an "encore career." But objective data is lacking to evaluate the scale of such sentiments and resulting impact. The sector faces additional pressures with demand for services rising at a time when public and private contributions have fallen. In July 2011, 1,000 full-time employees in the sector were surveyed by phone. Respondents identified themselves as working for a nonprofit organization, such as a charity, foundation, museum, endowment or philanthropic organization. The demographics of those surveyed appear in Figure 1, on page 3. The sample was evenly distributed across the early- (age 21 -- 34), mid- (age 35 -- 49) and late-career (age 50 and older) stages. The sample accounted for different occupational groups within the sector as well. Those in executive leadership positions comprised 14% of the sample, management 21%, professionals 32%, and administrative staff 23%. The remaining 11% were in other positions or declined to specify their position. Just over one-half of those in the sample were married; two-thirds of respondents were women. This final report draws upon the survey results and discussions at two related convenings where survey findings were presented: Financial Security and the Leadership Pipeline, convened by TIAA-CREF and Independent Sector on April 3, 2012, and the CEO Summit Session with TIAA-CREF President and CEO, Roger Ferguson, at the 2011 Independent Sector Annual Conference. Both gathered sector leaders to examine the financial security issue, identify roles for leaders, and consider next steps. 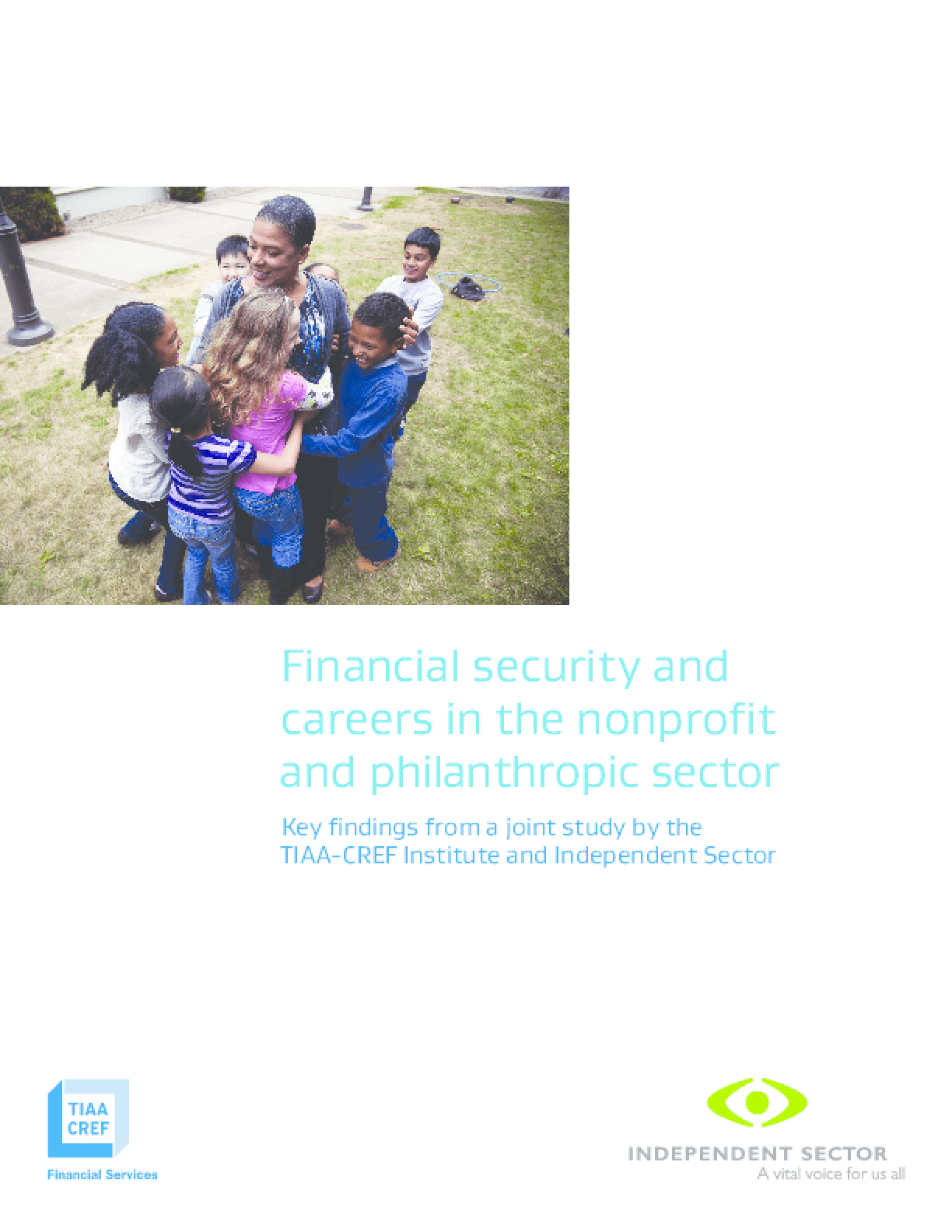