As student debt continues to climb, it's important to understand how our once debt-free system of public universities and colleges has been transformed into a system in which most students borrow, and at increasingly higher amounts. In less than a generation, our nation's higher education system has become a debt-for-diploma system -- more than seven out of 10 college seniors now borrow to pay for college and graduate with an average debt of $29,400. Up until about two decades ago, state funding ensured college tuition remained within reach for most middle-class families, and financial aid provided extra support to ensure lower-income students could afford the costs of college.

As Demos chronicled in its first report in the series, this compact began to unravel as states disinvested in higher education during economic downturns but were unable, or unwilling, to restore funding levels during times of economic expansion. Today, as a result, public colleges and universities rely on tuition to fund an ever-increasing share of their operating expenses. And students and their families rely more and more on debt to meet those rising tuition costs. Nationally, revenue from tuition paid for 44 percent of all operating expenses of public colleges and universities in 2012, the highest share ever. A quarter century ago, the share was just 20 percent. This shift -- from a collective funding of higher education to one borne increasingly by individuals -- has come at the very same time that low- and middle-income households experienced stagnant or declining household income. 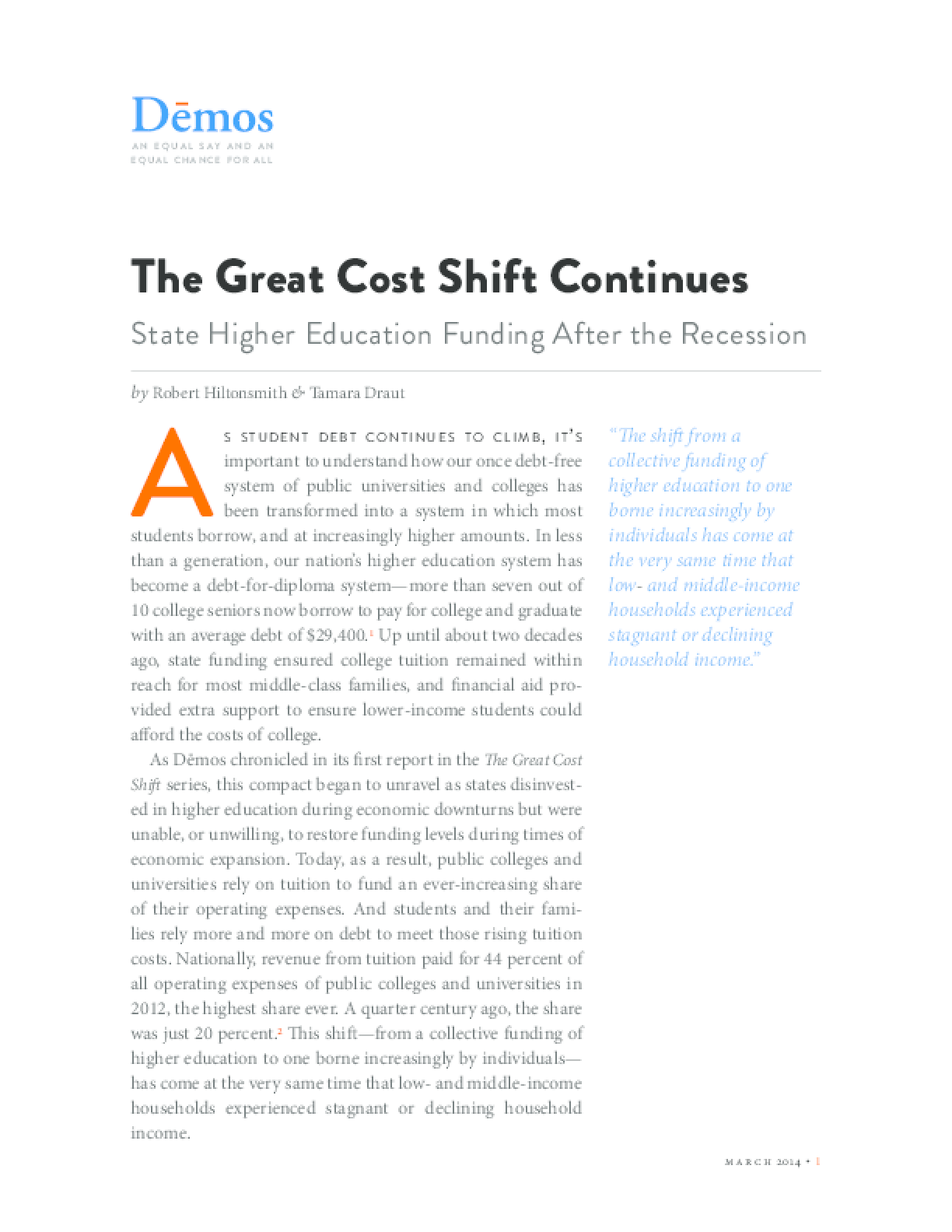