The Growth & Increasing Cost of the Federal Prison System: Drivers and Potential Solutions

The federal prison population has been growing dramatically; its current population exceeds 218,000, with projections of continued growth for the foreseeable future. A wide array of actors -- Members of Congress, administration officials, a bipartisan cast of policy advocates, and researchers -- has concluded that this growth and its associated costs are unsustainable. The basis for this conclusion varies: Fiscal impact. Resources spent on the Bureau of Prisons (BOP) eclipse other budget priorities. Overcrowding risks. Overcrowded facilities can jeopardize the safety of inmates and staff and limit opportunities for effective programming that can reduce recidivism. Fairness/equity concerns. High levels of incarceration may have disproportionate impacts on certain subpopulations and communities. Inefficient resource allocation. Current research and recent evidence-based policy changes implemented in states raise questions about the cost-effectiveness of existing federal sentencing and corrections policies. The focus on this burgeoning population provides an opportunity to explore the drivers of population growth and costs and to develop options for stemming future growth that are consistent with public safety goals. 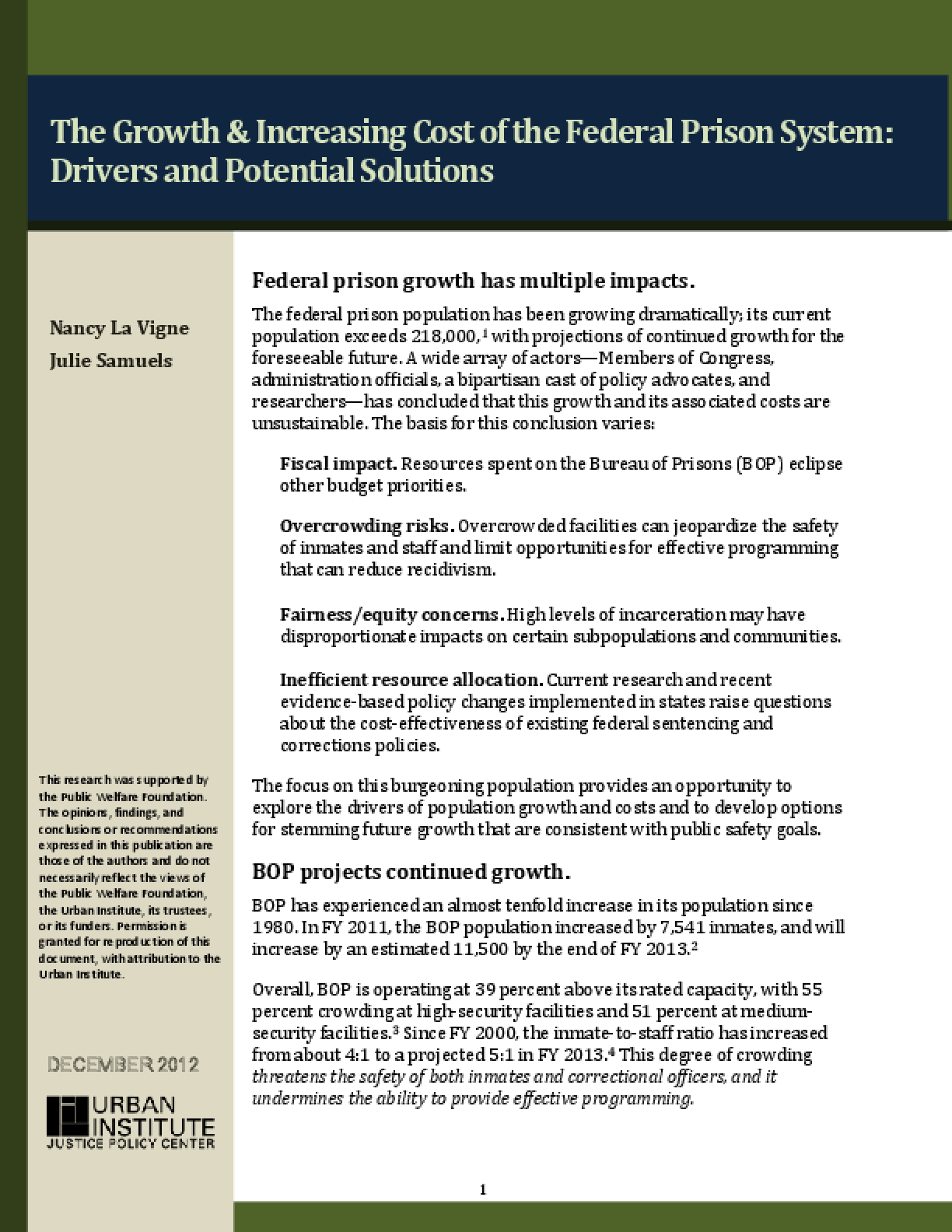