The Hard Way to the High Road: Transition of Community-based Water Groups to Professional Services Providers in Indonesia

The report highlights the transition of community-based organizations (CBO) to professional service providers in Indonesia. As significant numbers of Indonesian villages are outside the reach of utility service, the Government of Indonesia has been supporting the construction of village water infrastructure to be managed by users through CBOs since the 1990s. Emphasizing project ownership and democratic involvement, community-based management is thought to allow systems to be better maintained and operated post-project. The report also discusses if CBOs might not transition from the original concept of a post-construction "coping mechanism" into a real engine for accelerating access to water in rural areas through a service-oriented enterprise of the community. 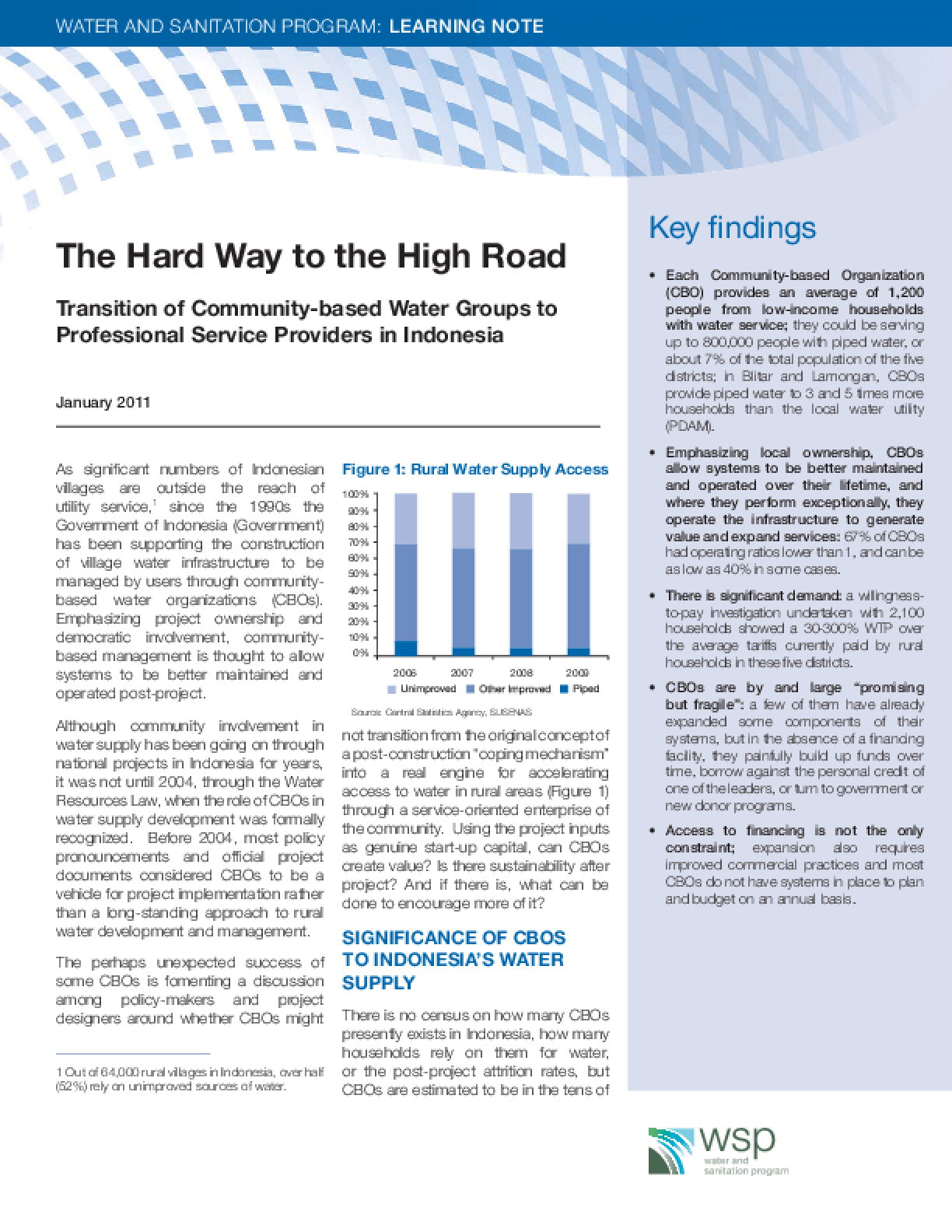