The Politics of Norplant: Feminism, Civil Rights, and Social Policy in the 1990s

In 1990, feminists and doctors hailed the long-term birth control device, Norplant, as the greatest advancement in birth control technology since the 1960s. By 2002, in response to an avalanche of feminist criticism and over 200 class action lawsuits, Norplant's distributor removed the contraceptive device from the U.S. market. My research, the first historical study of the drug, links the politics of Norplant to the expansion of feminism, the politicization of class action lawsuits, and the rise of neoliberalism in the 1990s. 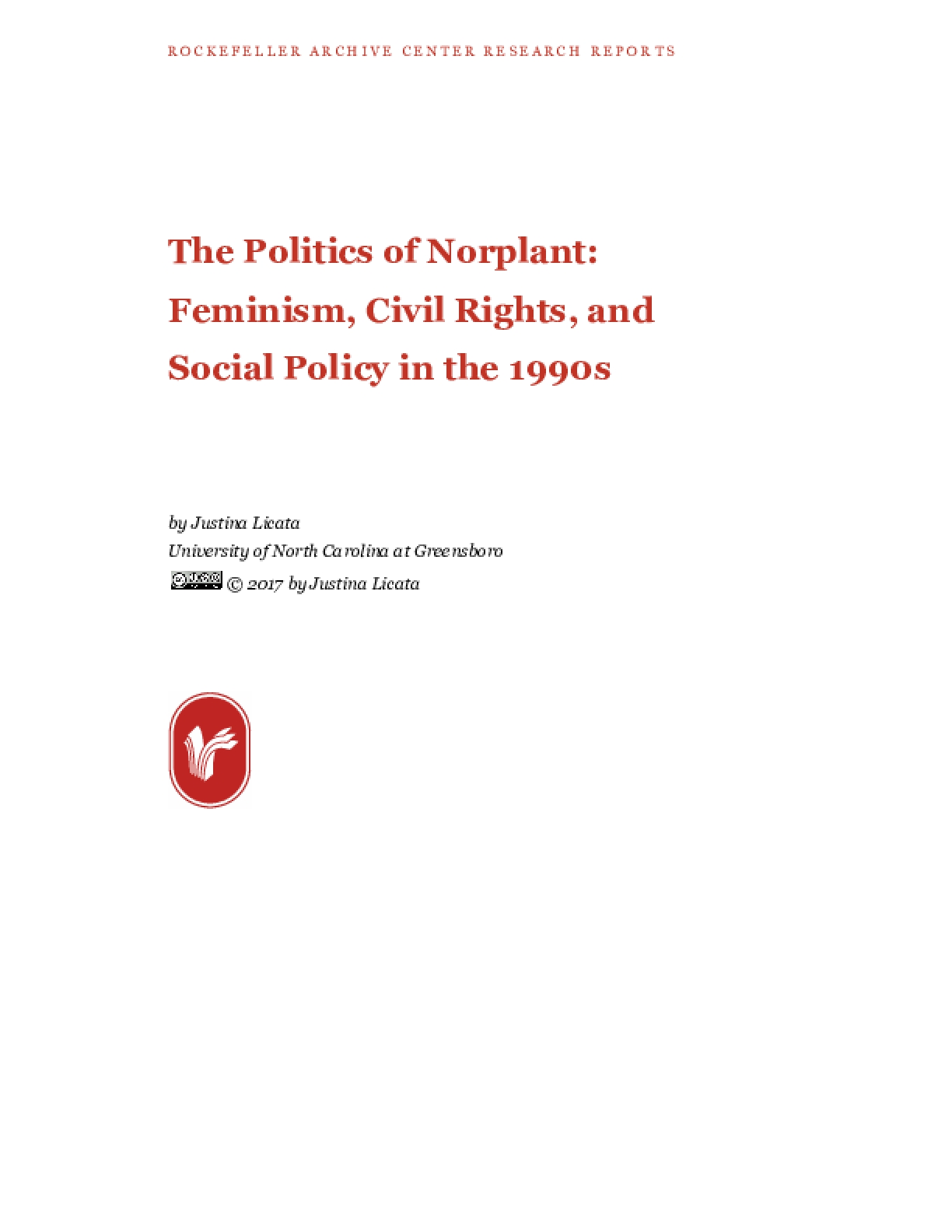