The Principal Pipeline Initiative in Action

Strong principals are central to improving schools—indeed, leadership is second only to teaching among school-related factors that influence student achievement. Districts struggle, however, to develop a sufficient pool of highly capable principals. While research has identified strategies that are effective in preparing and supporting school leaders, few districts have pulled together a coherent set of strategies to form a pipeline to the principalship.

Recognizing the need to improve the supply of high-quality principals, The Wallace Foundation launched the Principal Pipeline Initiative (PPI) in 2011. The goal was to test the proposition that districts could produce a large cadre of strong novice principals by making a concerted effort to implement a set of interrelated policies and practices, and that doing so would positively affect school outcomes. Participating districts focused on implementing four key components:

■ Improving the quality of preservice preparation for principals

Six large districts received multi-year grants of $8.5 million to $13.25 million from the foundation to cover a portion of the start-up costs of developing a principal pipeline. The districts were selected partly because they had already adopted some policies and practices consistent with the PPI components. The foundation also provided technical assistance. The PPI sought not only to institute, grow, and sustain the key components within each participating district, but also to generate examples that other districts might follow. 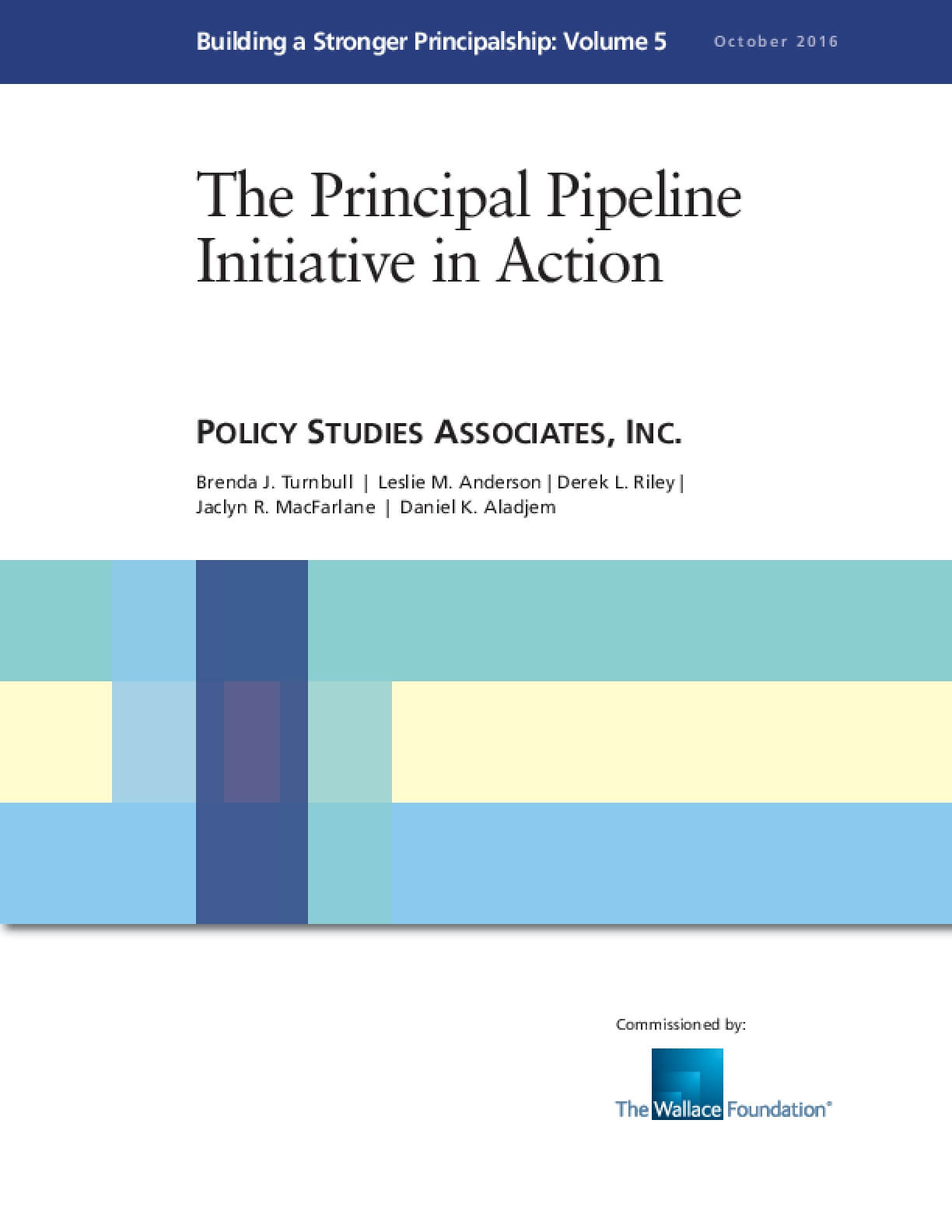