The Role of Local Heating in the 2015 Indian Heat Wave

India faced a major heat wave during the summer of 2015. Temperature anomalies peaked in the dry period before the onset of the summer monsoon, suggesting that local land-atmosphere feedbacks involving desiccated soils and vegetation might have played a role in driving the heat extreme. Upon examination of in situ data, reanalysis, satellite observations, and land surface models, we find that the heat wave included two distinct peaks: one in late May, and a second in early June. During the first peak we find that clear skies led to a positive net radiation anomaly at the surface, but there is no significant sensible heat flux anomaly within the core of the heat wave affected region. By the time of the second peak, however, soil moisture had dropped to anomalously low levels in the core heat wave region, net surface radiation was anomalously high, and a significant positive sensible heat flux anomaly developed. This led to a substantial local forcing on air temperature that contributed to the intensity of the event. The analysis indicates that the highly agricultural landscape of North and Central India can reinforce heat extremes under dry conditions. 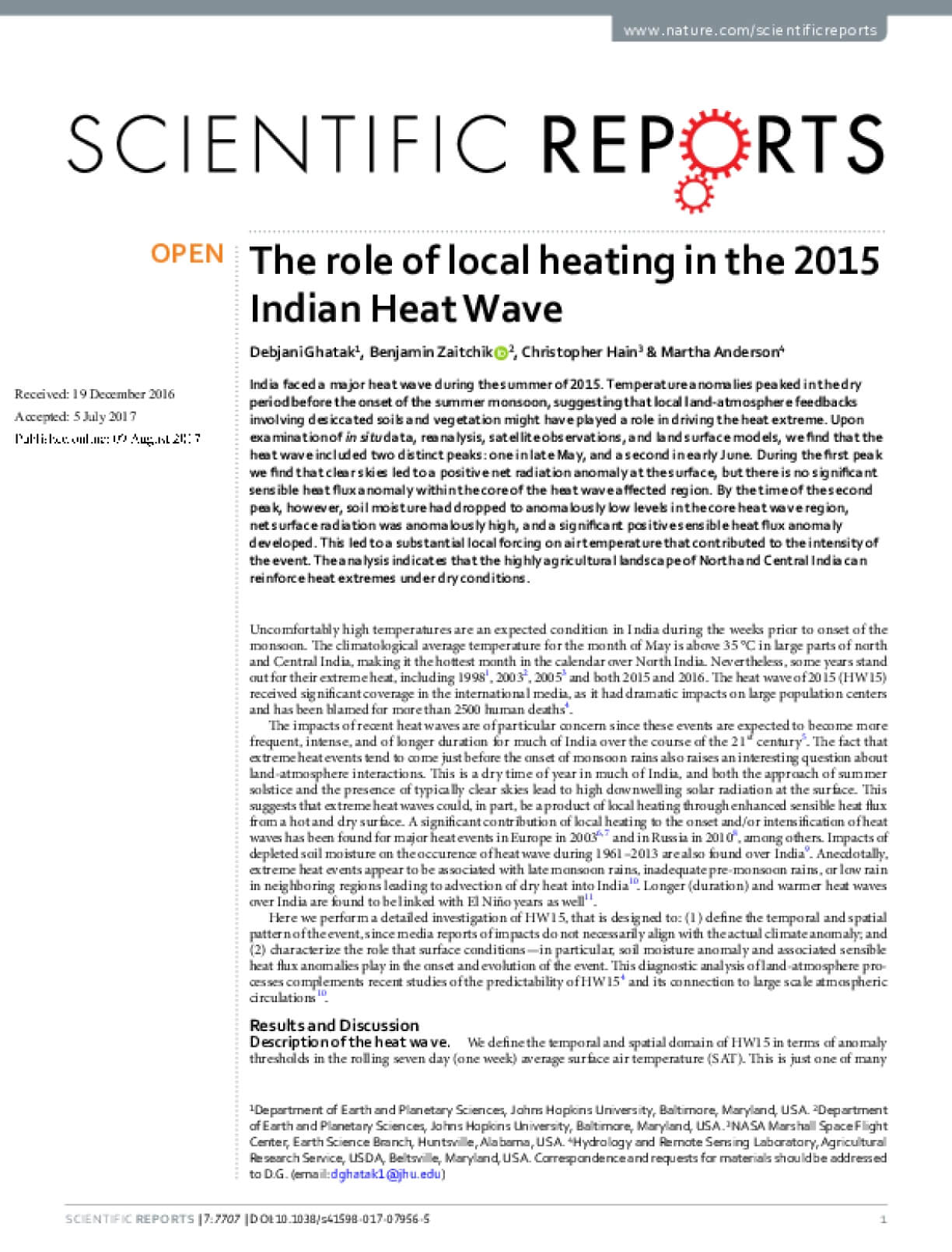