The State of Working Wisconsin 2016

The long shadow of the Great Recession is finally lifting in Wisconsin. The state has more jobs than ever before,unemployment rates have fallen to pre-recession levels, and workers that want full-time work are having an easier time finding it. To be sure, recovery here is incomplete and comparatively unimpressive. Many populations and places remain isolated from opportunity, and Wisconsin's growth is slow relative to the national pace. Still, labor market opportunities are more clear and consistent than they have been in nearly a decade. Given the brutality of the Great Recession and the slow recovery from it, this is welcome news for working Wisconsin.

The longer-term challenges that Wisconsin faces, and that COWS has long documented, remain daunting. Wages have been stagnant over the last three and a half decades and workers have very little to show for increasing productivity. Women earn less than men and the gap is slow to close. African Americans have suffered declining wages and growing disparity. The wage reward for higher education is evident, as is the difficulty of making ends meet without completing some post-secondary education. One-in-four workers toils in a poverty-wage job and low-wage sectors are growing faster than better-paying ones. Racial disparities, while hardly unique to Wisconsin, are particularly extreme here. A variety of economic and social indicators of racial inequality consistently identify us as among the most racially unequal states in the nation. 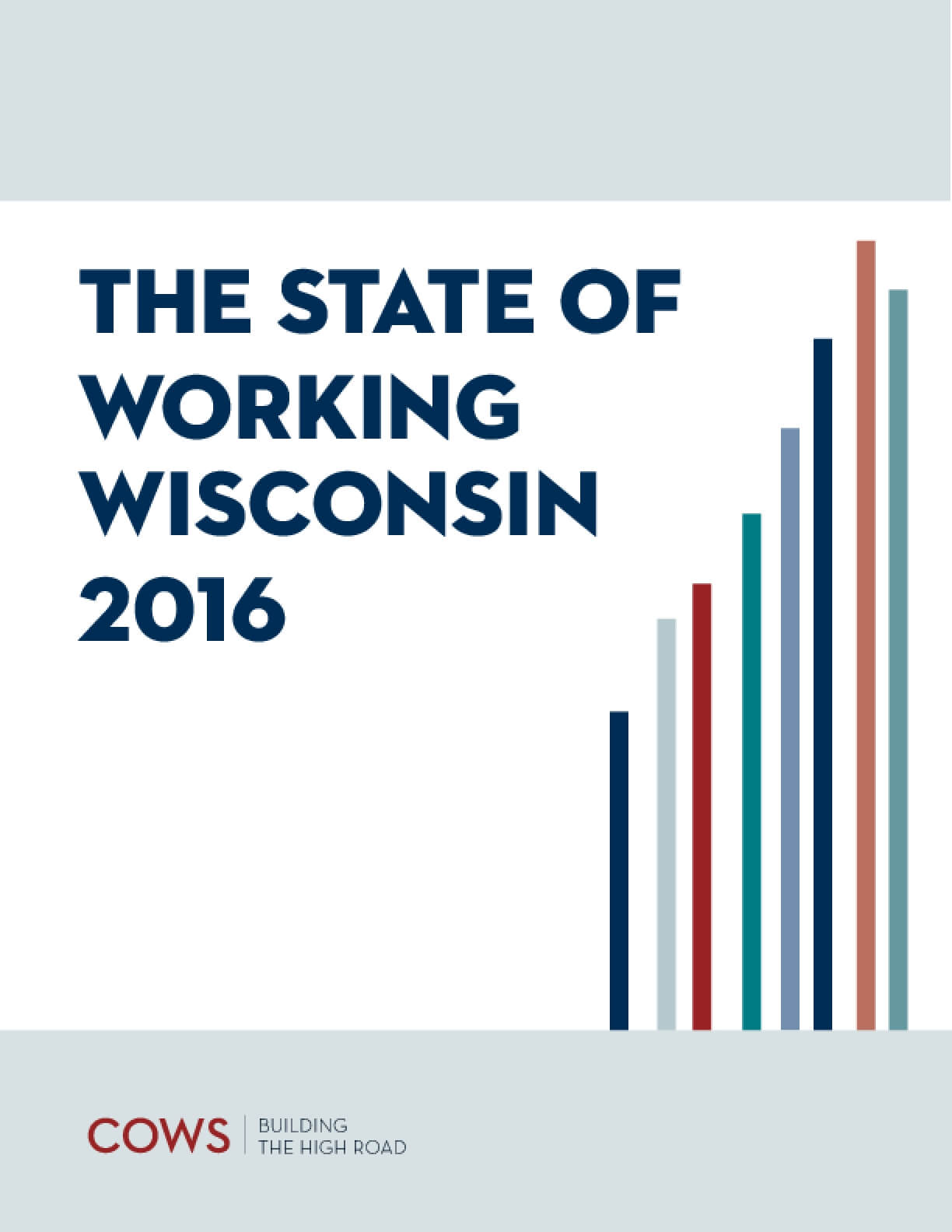