Too Little, Too Slow: Why more must be done to assist Pakistan's displaced millions

It is the world's biggest and fastest human displacement in over a decade. The offensive launched by the Pakistan army against armed militants in North West Frontier Province (NWFP) at the end of April 2009 has resulted in a massive exodus requiring an enormous humanitarian response. Although exact numbers are difficult to verify, at least two million women, men, and children fled their homes in the districts of Swat, Dir and Buner, mostly during May. In late May, the UN refugee agency (UNHCR) was registering 126,000 newly displaced people per day. 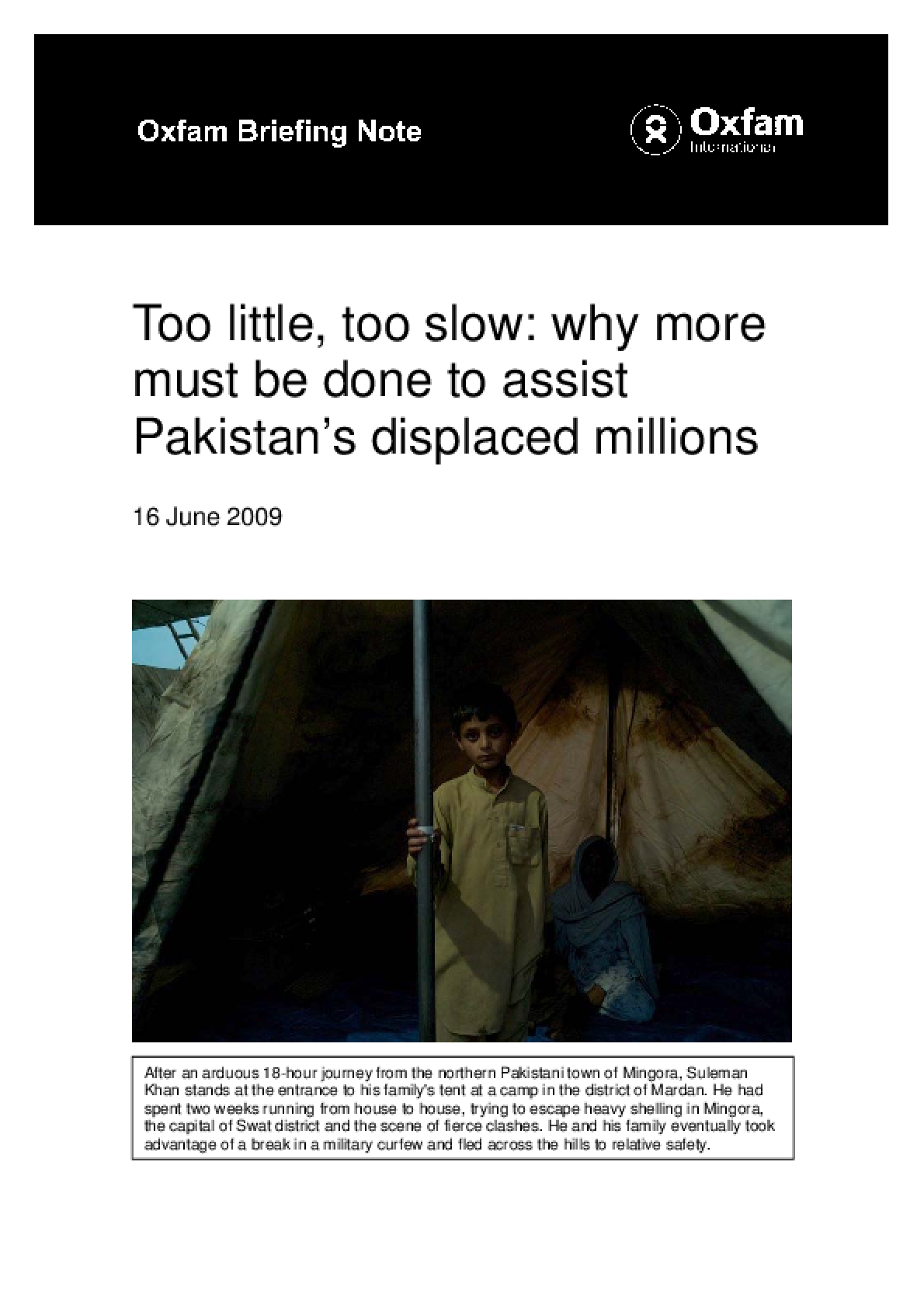