A sharp increase in working from home could also spell huge changes in commuting patterns.

Massachusetts residents say they will probably be making fewer trips as the state emerges from coronavirus crisis, but more of those trips will be by themselves, according to a new statewide poll out today. On balance, residents expect to drive or walk more, and use all types of shared or public transportation mode less. 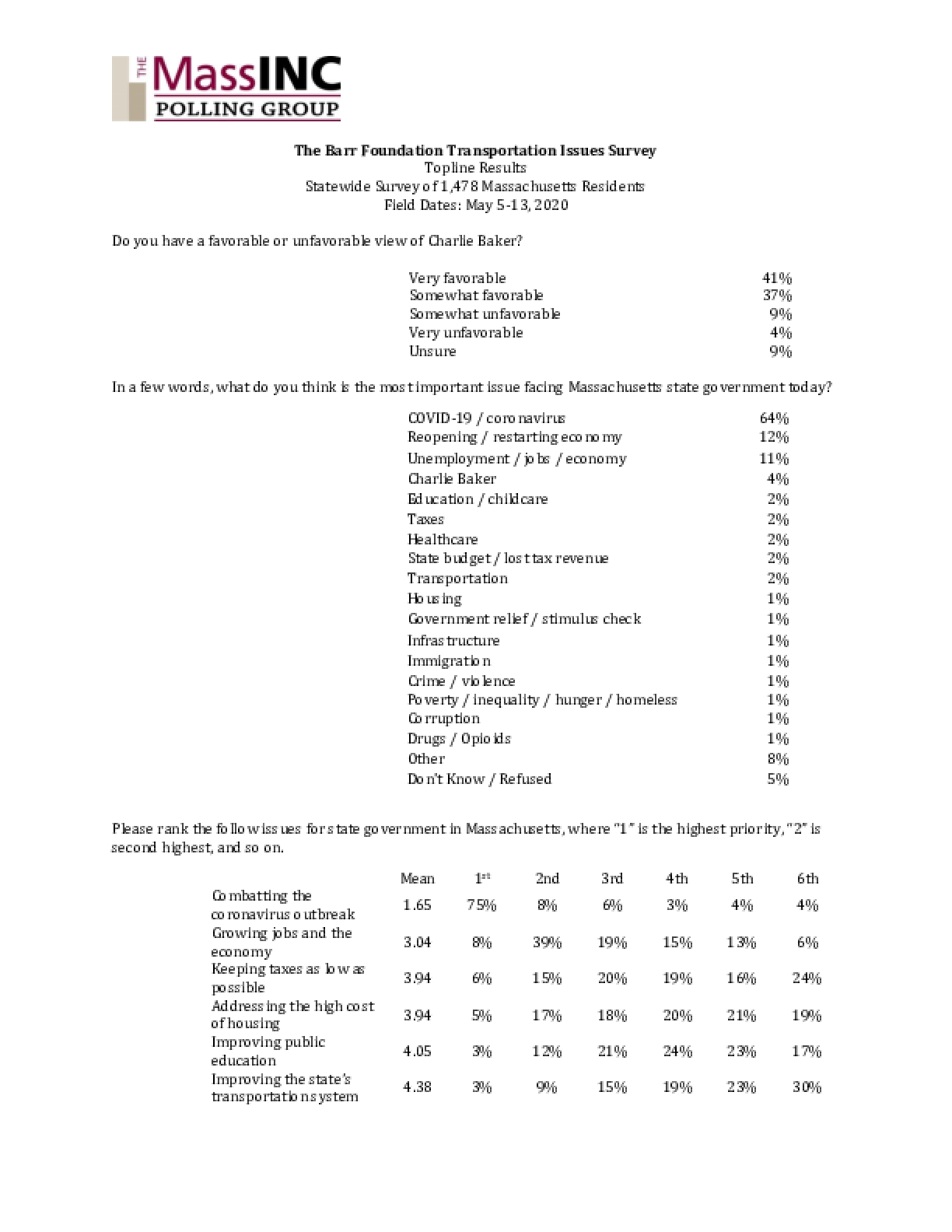