In recent years, the United States has faced a growing number of severe natural disasters presenting a variety of challenges for the nation -- spanning the spectrum from federal to state to municipal and community levels -- and its disaster response, relief, and recovery architecture. On average, the United States experiences ten severe weather events per year exceeding one billion dollars in damage, compared to an annual average of only two such events throughout the 1980s.


In addition, the costs of response, relief, and recovery efforts associated with these kinds of natural disasters have increased considerably over time. Recent reports indicate that from 2010 to today, the U.S. federal government has spent an average of approximately $85 billion per year in response to severe weather events. This figure is more than double average yearly spending on such events in 2000-2009.


Meaningful progress will require reform at several levels, including but not limited to changes to federal executive branch policy, additional action by the U.S. Congress, and closer partnerships and cooperation between the public and private sectors.


The recommendations are the product of a dialogue hosted by the Center for Strategic and International Studies' Homeland Security and Counterterrorism Program and the Irene W. and C.B. Pennington Foundation, who are partners -- with support from Walmart -- in the CSISPennington Family Foundation Series on Community Resilience. Launched in September 2012,


This series has proven to be a valuable forum for government officials, subject matter experts, academics, philanthropists, nongovernmental organizations, and business and community leaders to discuss strengthening the resilience of communities in disaster-prone areas. Each of these groups offers a unique perspective -- whether from a philanthropic, business, or policy point of view -- and unique capabilities. Reflecting thoughts, findings, and viewpoints gleaned from CSIS-Pennington Family Foundation Series events and discussions, these recommendations provide guidance for those officials who want to make meaningful forward progress to bolster U.S. planning, partnerships, and capabilities to address the real, localized, and oftentimes devastating effects of natural disasters. 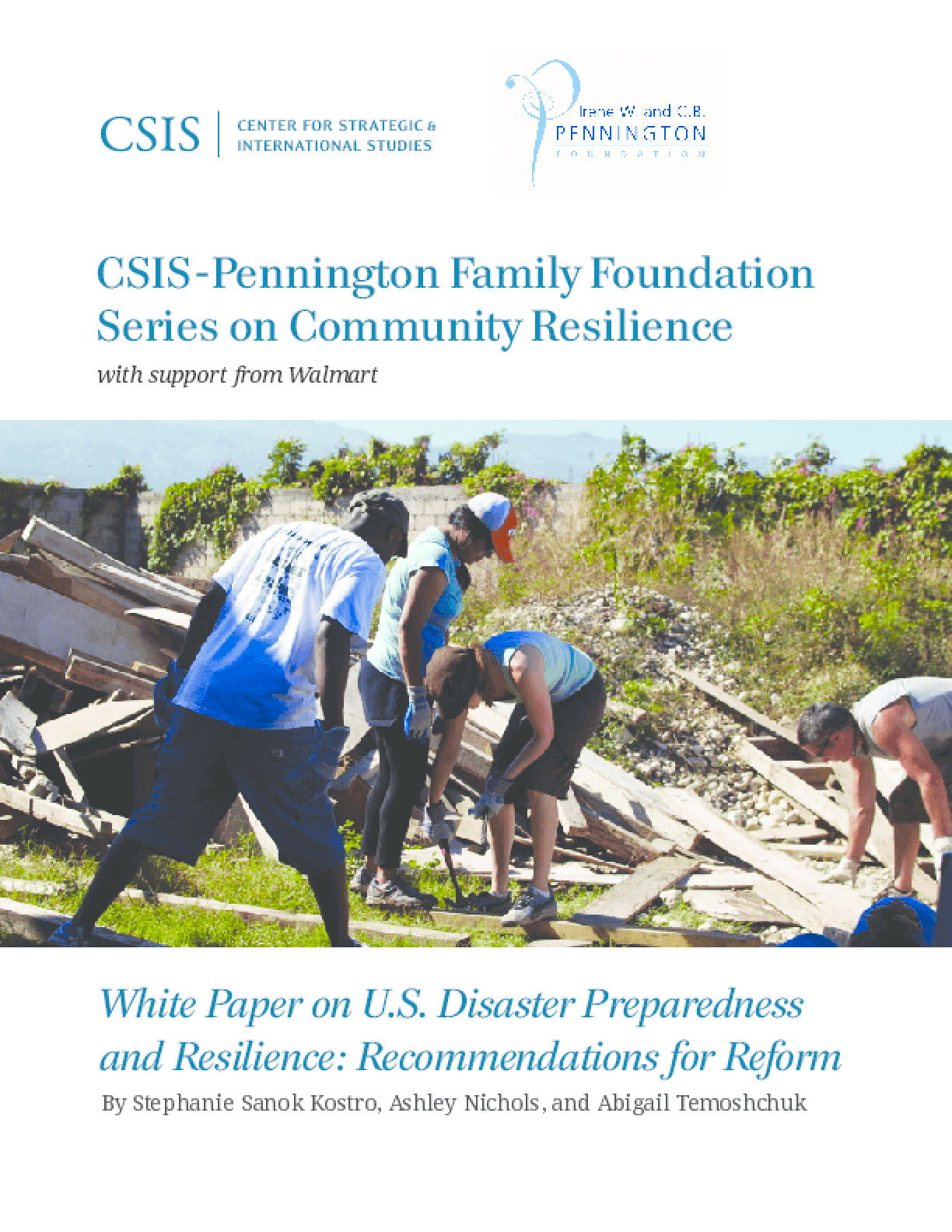