The World Cities Project (WCP) originated as a joint research project between the International Longevity Center-USA and New York University's Robert F. Wagner Graduate School of Public Service. It has since grown to include the active involvement of the ILC-France, ILC-Japan, and ILC-UK. Also the City of Paris Department of Health and Social Affairs, the London Regional Office of the British National Health Service, the Tokyo Metropolitan Government Bureau of Health and Social Welfare, and the New York City Department of Aging and Department of Health have provided important support to the project. The project compares health, social services, and quality of life for persons aged 65 and over in the four largest urban agglomerations in the countries belonging to the Organization for Economic Cooperation and Development (OECD): New York, Paris, Tokyo and London.

Although these four cities have been the subject of numerous studies in the fields of architecture and urban planning, there have been few comparative studies of health and social services. Additionally, the WCP introduces a spatial perspective to more conventional economic and demographic analyses of population aging and longevity issues. Most comparative analyses of health systems focus on national averages that mask important variations within smaller jurisdictions. In contrast, the WCP relates smaller, more comparable units providing notable advantages for cross-national learning. 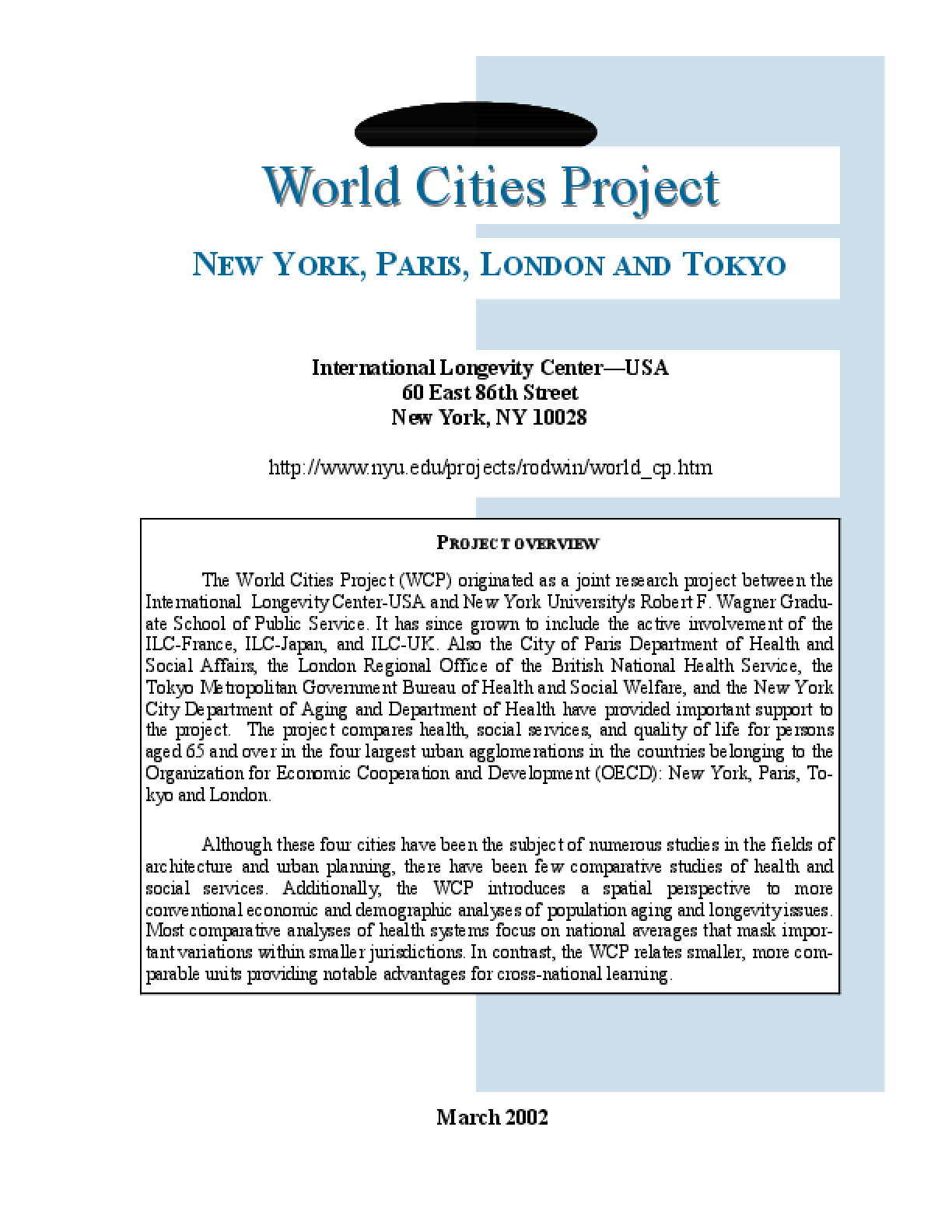